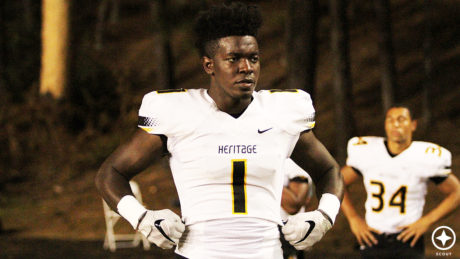 Eubanks was considered very likely to stay in SEC country for most of his recruitment, but things seemed to pick up between him and Michigan after the Wolverines missed out on a couple other tight ends. He visited in January 2015 and then committed late in the month. At one point I ranked him #5 out of the 5 tight ends Michigan was recruiting (LINK). Eubanks is a good athlete, but he didn’t show a great deal of focus and discipline.

Going into the 2016 season, Michigan shouldn’t need him to contribute. Starter Jake Butt returns, and Ian Bunting has a fair amount of talent and experience. Redshirt freshman Tyrone Wheatley, Jr. showed some solid skills in the spring, not to mention fifth-year walk-on Michael Jocz and early enrollee Sean McKeon. On top of all those guys, incoming freshman Devin Asiasi will be the highest ranked recruit at the position. Eubanks is pretty skinny and raw, so I believe he will redshirt this season.