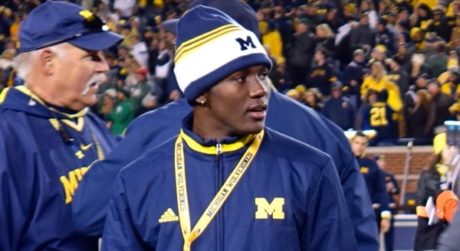 Long entered 2016 with a fair amount of hype, and he played early like many expected. However, he didn’t make any flash plays, and he didn’t play for long. Due to an undisclosed injury, he sat out after four games, presumably preserving his redshirt. The early word was that he was ahead of Lavert Hill, but that situation may have changed since then.

Hill continued to play throughout the season, and the coaching staff seems to think he’s the most talented corner on the roster. The coaches also implied that both Hill and Long need to toughen up and play through the bumps and bruises that come along with playing high-level football. There’s a four-way battle for the starting cornerback jobs between Long, Hill, Keith Washington, and Brandon Watson. I don’t think Long is going to win that battle, but considering his talent and early experience from last season, he should be a key backup on the outside. Michigan has some highly ranked recruits and a couple lower-rated guys who have developed nicely, so it will be interesting to see how the cornerback spots all shake out through the season.