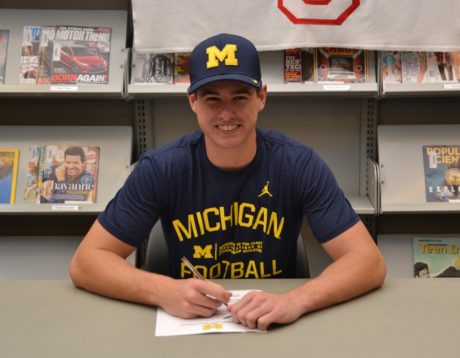 Michigan was in good shape last year at punter with fifth year senior Kenny Allen. But his contract expired after the season and he was not re-signed, so now the Wolverines drafted a punter. On National Signing Day. Kind of like Mr. Irrelevant. Except he’s totally relevant. Walk-on Ryan Tice and redshirt freshman Quin Nordin both have the ability to punt, but the plan for Nordin is to be the placekicker, and it’s iffy whether someone so young should be pulling double duty. I think Robbins will win the punting job, but the efficacy of his kicking is up in the air.