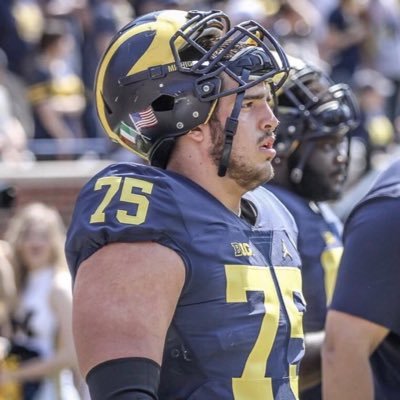 Runyan wasn’t expected to play much in 2016, and he didn’t. He was athletic but undersized, and the team had a fair number of veterans to play above him (Kyle Kalis, Ben Braden, Patrick Kugler, David Dawson, etc.). He did stand out to me in the spring of 2016 as a guy who could really move, and that skill allows him to have some positional flexibility.

This past spring he was taking reps at right tackle, in an effort to replace Erik Magnuson. Michigan isn’t sure whether Juwann Bushell-Beatty can handle the tackle position, and they have made contingency plans in order to shore up the spot. Bushell-Beatty struggled last year against Rutgers and Wisconsin, and he had injury issues this spring. Runyan was the nominal starting right tackle for the majority of spring, despite only being 6’4″. Bushell-Beatty may get a shot to claim the tackle position, but as a redshirt junior, we know that he’s limited. Runyan has the ability to start at right tackle – which I think will happen sooner or later this year – and also can fill in on the interior.