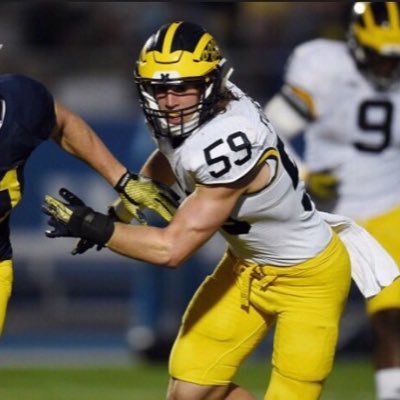 Furbush did a good job on special teams in 2015 and worked his way into the good graces of the coaching staff. Going into 2016 he was in line for a more prominent role. He was slated to be the backup SAM linebacker, with Jabrill Peppers as the starter. After missing the first few games due to injury, he returned to make 15 total tackles throughout the year. In Don Brown’s defensive scheme, he’s not the type of player who gets a ton of snaps at SAM unless a team is using a tight end and fullback regularly.

This year there are rumors that Brown might line up Furbush as a weakside end, along with having him play SAM. The depth at weakside end is thin, with Chase Winovich being the only player with any noteworthy experience. Jabrill Peppers is gone, but a similar player in Khaleke Hudson has been inserted in his place. Furbush is still the best option as a traditional SAM linebacker, but Brown’s blitz-heavy scheme may lean more toward fellow backup Joshua Uche on passing downs. Furbush has several roles he can fill – SAM, WDE, special teams – but he’s unlikely to break out at any spot.