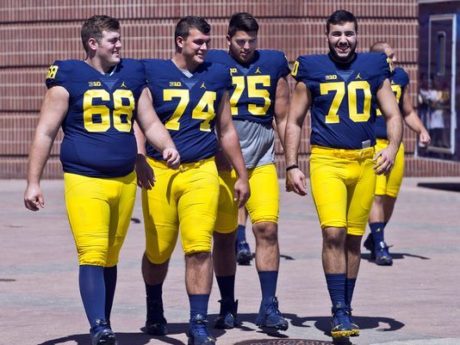 Vastardis was a preferred walk-on who arrived on campus last year. He’s a block of granite. And he moves like one, too. But when you’re an interior lineman, sometimes that can work. He saw a fair amount of time in the spring game, and he acquitted himself well. Michigan has some decent options on the inside, and things seem to be fairly settled. The top four guys on the interior appear to be Ben Bredeson, Patrick Kugler, Michael Onwenu, and Cesar Ruiz, and I don’t think Vastardis will beat out any of them. However, he could be an injury replacement for one of them, and he will probably get some chances to hone his skills in mop-up time.