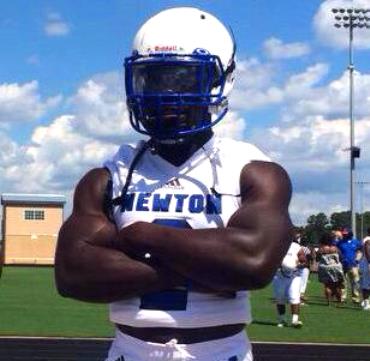 Taylor committed to Michigan back in the old days of December 2015. That was a long time ago. In the meantime, he had a teammate, Jeremiah Holloman, commit to Michigan and then decommit; he transferred schools twice; and the Wolverines played in two bowl games. And yes, I said that he transferred twice. In a seemingly strange situation, the Covington (GA) Newton high schooler spent his senior season at powerhouse Loganville (GA) Grayson and then transferred back to Newton for his final semester. He and Grayson basically rented each other for a season.

Taylor will arrive on campus this summer behind a good-sized group of running backs. Chris Evans, Ty Isaac, Karan Higdon, and Kareem Walker will likely be ahead of him, which won’t leave many snaps for true freshmen like Taylor and O’Maury Samuels. Sure, one or both of those young guys might get snaps, but probably not in critical situations. I imagine Taylor will get some playing time, because he’s in good shape physically and a tough runner.