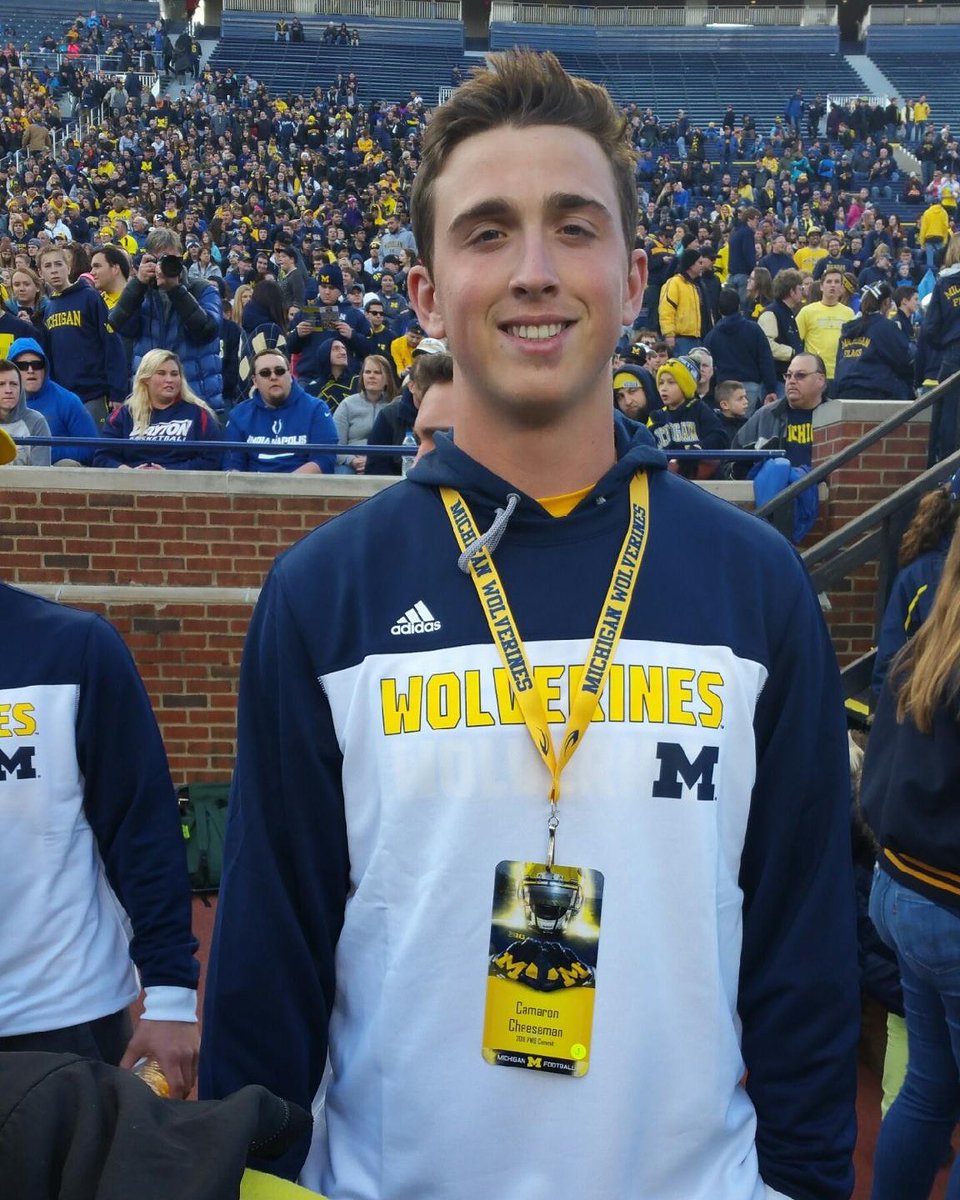 Believe it or not, I don’t have a background story or deep analysis of Michigan’s backup long snapper. What we do know is that scholarship long snapper Scott Sypniewski is transferring to Vanderbilt, leaving the job to walk-on Andrew Robinson and potentially Cheeseman. Sypniewski did have some troubles, and Robinson was his replacement. That makes Cheeseman the backup. He was a participant in the 2016 Semper Fidelis All-American Bowl, which means he was pretty well regarded coming out of high school. That’s all we really have to go on for now.