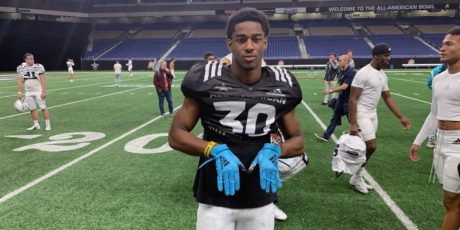 The 2019 All-American Bowl will be taking place in San Antonio, TX, today, and it will be broadcast on NBC at 1:00 p.m. EST. Other than the Polynesian Bowl (January 19), this will be the last chance to see Michigan’s 2019 commits until they’re suiting up for Michigan. This game used to be known as the U.S. Army All-American Bowl, but the Army no longer sponsors the bowl.

This game is full of guys Michigan pursued or is pursuing, including:

The following players will be announcing their commitments:

Here’s a link to the full rosters (LINK), and here’s a list of all the Michigan players to have played in this bowl game in the past (LINK).