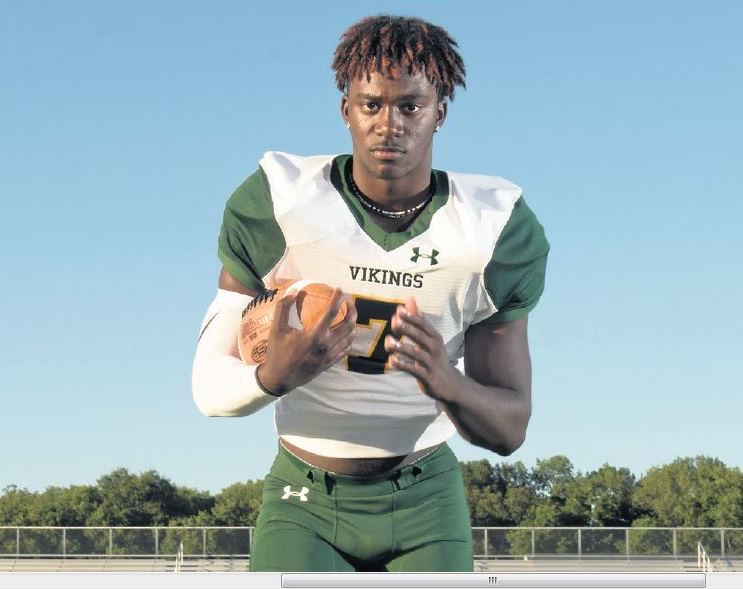 Concord (NC) Central Cabarrus linebacker Derek Boykins was offered by Michigan. He’s a 6’1″, 221 lb. prospect with offers from Clemson, North Carolina, South Carolina, and Tennessee, among others. He’s a 3-star, the #32 outside linebacker, and #492 overall. Rivals ranks him as an inside linebacker, which is where I think he fits better.

Hit the jump for several players who committed elsewhere, along with some random bits.

Alexandria (VA) Episcopal safety Litchfield Ajavon committed to Notre Dame. Ajavon was a high school teammate of redshirt freshman defensive end Luiji Vilain, but a recent canceled visit to Michigan seemed to show the writing on the wall that he would not be following Vilain to Ann Arbor.

Loganville (GA) Grayson wide receiver Kenyon Jackson committed to Texas A&M. Jackson is a jumbo receiver (6’5″, 195 lbs.) who could potentially be a flex tight end at the next level.

Loganville (GA) Grayson has a few players who are announcing on May 1: LB Kevin Harris, OT Wanya Morris, LB Owen Pappoe, and DB Kenyatta Watson II. Ultimately, I am not expecting good news for Michigan to come out of that joint announcement.

It’s been a long journey and process with that being said these are my top 5 schools I will be focusing on #blessed pic.twitter.com/N5k5YEKxYP