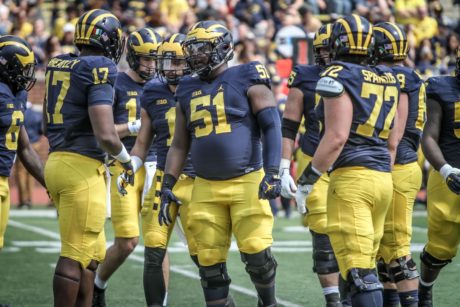 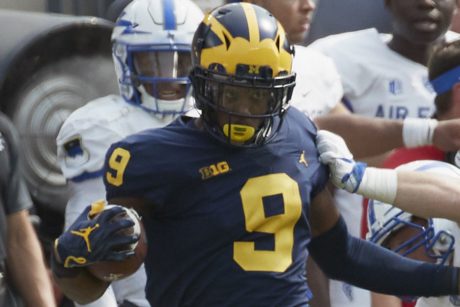 Peoples-Jones was a superstar coming out of high school, but even so, I thought he would be a backup in 2017. Receiver is not an extremely position to adjust to when you jump up a level in competition. Fellow freshman Tarik Black seemed to make that adjustment quicker, but neither one was extremely productive for any stretch of time. In Peoples-Jones’s case, he ripped off a 79-yard punt return against Air Force for a touchdown. He had a 44-yard run against Cincinnati. He had a 48-yard catch against Wisconsin and a 37-yard catch against Air Force. And he had a 42-yard punt return against Ohio State. And that’s it for plays that went for 20+ yards: 2 catches, 1 run, and 2 punt returns. Of course, the quarterback and offensive line situations did not help, but a 5-star receiving notching five total explosive plays in a full season as a freshman is a tad bit disappointing.

On the plus side, there were good reasons for that lack of production, all of which have been mitigated. He was a freshman (he’s not anymore). He didn’t have a receivers coach (Jim McElwain was hired). He didn’t have a good quarterback (enter Shea Patterson) or a good offensive line (Ed Warinner was hired). The improvement of the offensive line has yet to be seen, but most people are expecting at least a slight uptick in performance. Black and Peoples-Jones should be the starters on the outside, and I expect bigger production from Peoples-Jones. It will be interesting to see which receiver really takes the reins as the go-to guy, because it’s not often that Michigan has had two such big, physical, and athletic receivers. I think Peoples-Jones is a little more valuable than Black because DPJ returns punts and could return kickoffs, while Black is less of a special teams-style contributor. 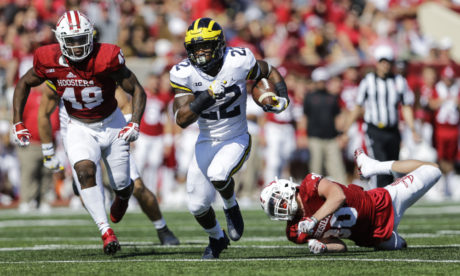 Going into the 2017 season, Higdon was pegged as the backup to Chris Evans at running back. It seemed like Higdon would be #2 on the depth chart. In an odd twist, Evans started game one and was outplayed by Ty Isaac, who had a short stint as the top guy. Then Higdon took over and hit his stride after the first third of the season. He truly broke out with 25 carries for 200 yards and 3 touchdowns against Indiana, including a 59-yard breakaway touchdown and the game-winning score in overtime. He had other stellar games against Minnesota (200 yards) and Rutgers (158 yards), and he was Big Ten Co-Offensive Player of the Week (with teammate Evans) for his performance against the Gophers. My predictions for Higdon in 2017 were almost exactly 50% short in each category (80 carries to 164, 440 yards to 994, 5 TDs to 11).

Now the roles have switched. Higdon is the presumed star going into 2018, and Evans looks like the primary backup. Higdon has supposedly added significant weight and strength this off-season and has responded well to the new strength and conditioning staff. After finishing last season just shy of 1,000 yards (994, to be exact), he’s obviously a candidate to be Michigan’s first thousand-yard back since Fitzgerald Toussaint in 2011. The only other Big Ten teams not to achieve that feat since 2011 or earlier are such standout programs as Illinois, Purdue, and Rutgers. It’s hard not to like the upward trajectory of Higdon’s career, but it remains to be seen whether he can take over a game against quality opponents. His five career 100-yard games have come against Illinois, Indiana, Minnesota, Rutgers 2016, and Rutgers 2017. Naturally, a lot of that has to do with the offensive line, but Michigan’s running game still needs work overall. Michigan has another established back in Evans, but after that the depth chart gets a little thin and unproven.

Prediction: Starting running back; 200 carries for 1,100 yards and 12 touchdowns 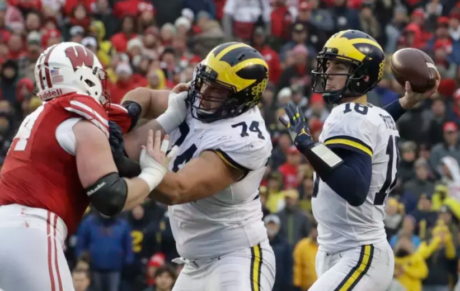 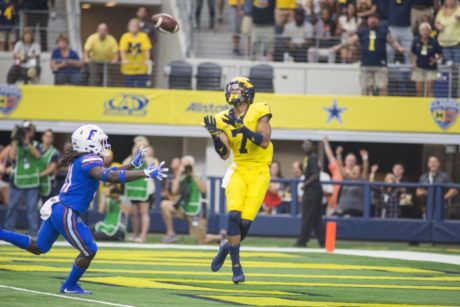 Black had a great start to his career, making 2 catches for 83 yards and 1 touchdown in the season opener against Florida. He was less effective against Cincinnati (4 catches for 11 yards) and had 5 catches for 55 yards against Air Force. Unfortunately, he also broke his foot against Air Force, which ended his season. Black entered college playing second fiddle to fellow receiver Donovan Peoples-Jones, but early on it looked like Black was more ready to contribute in college.

Now that he’s healthy again, Black looks to be a starter on the outside. He should be one of the guys who benefits most from having an experienced, talented quarterback in Shea Patterson. Black is big and strong with good speed and ball skills. Normally a guy with 11 career catches wouldn’t be ranked this high in the countdown, but Michigan doesn’t have a lot of numbers at outside receiver now that Maurice Ways, Drake Harris, Kekoa Crawford, and others have moved on to greener pastures. Black is going to need to play – a lot – or else the Wolverines will find themselves with huge question marks on the outside.