4-19-17 Recruiting Update: The Philistines Took Him 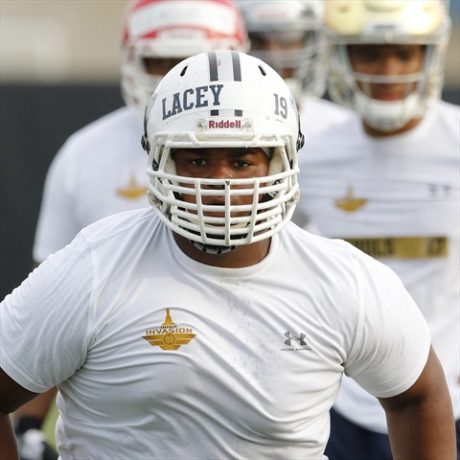 Bowling Green (KY) South Warren defensive tackle Jacob Lacey was offered by Michigan when he visited campus last Thursday. He’s a 4-star, the #7 defensive tackle, and #124 overall to 247 Sports. Kentucky, Louisville, Penn State, and Tennessee have also offered the 6’2″, 300-pounder. He’s sawed off at 6’2″, so it will be interesting to see whether he grows a little bit or not.

Hit the jump for a few players who committed elsewhere, along with some random bits.

END_OF_DOCUMENT_TOKEN_TO_BE_REPLACED 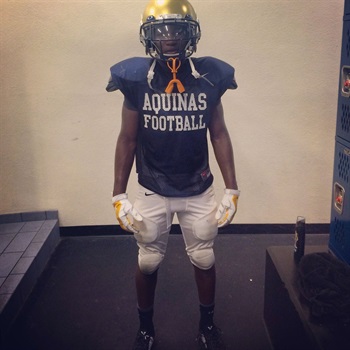 NOTE: I apologize for the light posting over the past few days. We are in the middle of spring practice, and I have had various family obligations over the past several days. Here are some bits on the 2018 class since it’s a holiday, and some larger updates on the 2016 and 2017 classes will be coming tomorrow.

ADDED TO THE BOARD: 2018
Fort Lauderdale (FL) St. Thomas Aquinas cornerback Asante Samuel, Jr. was offered by Michigan. He’s a 5’10”, 165 lb. prospect with offers from Alabama, Clemson, Florida State, Miami, and Ohio State, among others. He claims a 4.66 forty. His father is Asante Samuel, the former fourth round NFL Draft pick out of Central Florida. He was chosen by the Patriots in 2003, made 63 total interceptions (including 10 for New England in 2006) for the Patriots, Eagles, and Falcons, and last played in 2013. He played in four Pro Bowls at cornerback.

Fort Lauderdale (FL) St. Thomas Aquinas cornerback Benjamin Sapp III was offered by Michigan. He’s a 5’10”, 160 lb. prospect with offers from Alabama, Clemson, Florida State, Miami, and Ohio State, among others. Sapp is the son of former NFL cornerback Benny Sapp, who was undrafted out of Northern Iowa in 2004 (he originally attended Iowa but was kicked off the team after legal troubles). He made the Kansas City Chiefs out of camp, and he would end up making 240 tackles and 6 interceptions for the Chiefs, Vikings, and Dolphins from 2004-2011. Sapp and Asante Samuel, Sr. were high school teammates.

Plantation (FL) American Heritage cornerback Patrick Surtain, Jr. was offered by Michigan. He’s a 6’0″, 180 lb. prospect with offers from Alabama, Clemson, LSU, Miami, and Tennessee, among others. He is the son of Patrick Surtain, who attended New Orleans (LA) Edna Karr – the home of Munchie Legaux – before playing football at Southern Miss. He became a second round NFL Draft pick by the Miami Dolphins in 1998, making the Pro Bowl three times at cornerback and making 37 career interceptions. He retired in 2008 after a four-year stint with the Chiefs.

Moore (OK) Southmoore offensive tackle Brey Walker was offered by Michigan. He’s a 6’5″, 295 lb. prospect with offers from Oklahoma, Oklahoma State, and SMU. He was named a First Team Freshman All-American by Maxpreps. As far as I can tell, Walker does not have a famous father, but he did win a state championship in wrestling as a freshman.