A Look Back: The 2001 Michigan NFL Draft Class 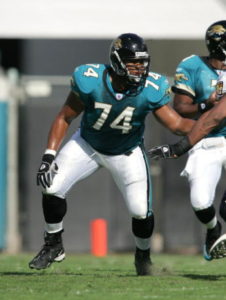 Michigan had a school record 11 players drafted in 2017.  It was, for sure, a great day to be a Michigan Wolverine.  In fact, as many Wolverines were drafted in 2017 as were drafted in the four previous years combined.  In light of this, I decided to look back this week at another one of Michigan’s most successful draft classes: 2001.

The 2001 draft wasn’t as deep for the Wolverines, as only five players were picked, but it was an insanely talented and relatively unique group.  All five players were taken in the first 43 picks of the draft, and they were all from the offensive side of the ball.

END_OF_DOCUMENT_TOKEN_TO_BE_REPLACED

In case any big-time wide receiver recruits are having a hard time remembering back when Michigan had a steady string of great wideouts, here’s a flashback to one of them: David Terrell.  He had 152 catches, 2317 yards, and 23 touchdown from 1998-2000.