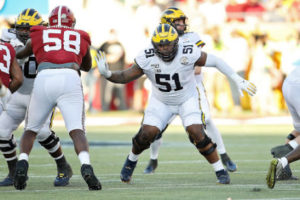 END_OF_DOCUMENT_TOKEN_TO_BE_REPLACED

The 2009 recruiting class was Rich Rodriguez’s first full recruiting class in Ann Arbor, and he did his best to bring in the type of running quarterback that had been successful for him at previous stops like West Virginia (Pat White) and Clemson (Woody Dantzler). Rodriguez did about as well as expected, landing two starting-caliber quarterbacks.

THE RECRUITS
Tate Forcier
Ratings: 247 Composite 4-star, #4 dual-threat QB, #120 overall
High school: San Diego (CA) Scripps Ranch
College: Michigan San Jose State
Other notable offers: Florida, Oregon, Penn State, Stanford
Scoop: Forcier was an early enrollee in January 2009, the first true quarterback prospect to arrive on campus since Rich Rodriguez’s arrival.  He seized the starting job as a freshman and started all 12 games.  His most memorable game in a 5-7 season was against Notre Dame, in which he had a couple clutch touchdowns to finish off the Irish.  He finished the season 165-for-281 for 2,050 yards, 13 touchdowns, and 10 interceptions; he also gained 240 yards and had 3 touchdowns on the ground. However, Forcier fell out of favor with the coaches in the off-season and was demoted for his sophomore year in 2010 in favor of Denard Robinson. He played in 8 games and replaced an injured Robinson in the Illinois game, leading the team to a 67-65 victory in triple-overtime. Forcier finished his sophomore season 54-for-84 for 597 yards, 4 touchdowns, and 4 interceptions; he also rushed 22 times for 51 yards and 1 touchdown. He transferred to San Jose State University and sat out the 2011 season due to NCAA transfer rules, but left the school in January 2012 for academic reasons. He signed with the Hamilton Tiger-Cats of the CFL in spring 2012 but was cut from the team a month later.

Denard Robinson
Ratings: 247 Composite 4-star, #9 ATH, #121 overall
High school: Deerfield Beach (FL) Deerfield Beach
College: Michigan
Other notable offers: Auburn, Florida, Georgia, Ohio State
Scoop: Robinson was recruited by many schools as an “athlete” or defensive back, and Michigan was one of only a couple schools offering him a chance to play quarterback. He was a late addition to the 2009 class, committing on National Signing Day in February. After being a backup/gadget player as a freshman, he went on to start for most of the next three seasons, a run ended by an elbow injury halfway through his senior year. Overall, he completed 57.2% of his passes for 6,250 yards, 49 touchdowns, and 39 interceptions. His biggest impact came in the running game, where the lightning-fast Robinson ran for 4,495 yards on 6.2 yards/carry and scored 42 touchdowns. He was an All-American in 2010, a two-time First Team All-Big Ten selection, and finished #6 in the Heisman voting in 2010. He was picked in the 5th round (#135 overall) by the Jacksonville Jaguars as a running back and played for the Jags from 2013-2016, totaling 1,058 rushing yards and 5 total touchdowns.

Hit the jump for video of #1 and #3. Sadly, I couldn’t find video of Raimey’s kickoff return.

Michigan and Penn State are two storied programs, but they didn’t play each other until 1993, when the Nittany Lions joined the Big Ten. Immediately, Michigan ripped off a couple of the biggest plays in series history, with a 48-yard punt return touchdown by Derrick Alexander and a 47-yard touchdown run by Tyrone Wheatley. Wheatley had Michigan’s longest play in series history in the second meeting.

Hit the jump to see video of the top three longest plays. 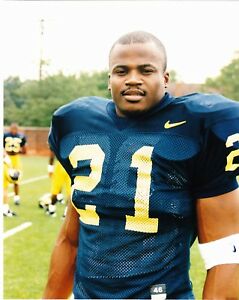