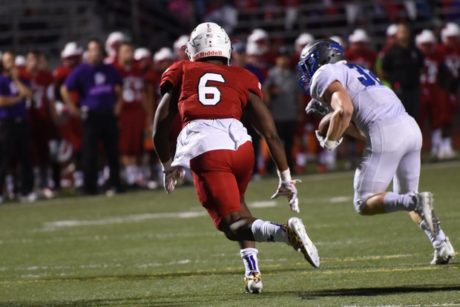 Belleville (MI) Belleville cornerback Julian Barnett, a Michigan State commit, was offered by Michigan. He’s a 6’1″, 186-pounder who claims a 4.41 forty, along with offers from Alabama, Auburn, Clemson, Georgia, Notre Dame, Ohio State, and Oregon, among others. Barnett could play corner or wide receiver at the next level. There has been much consternation from Michigan fans about why the Wolverines hadn’t offered earlier, and the pursuit has unfortunately begun after he committed to MSU in late December.

Lakeville (MN) North offensive tackle Bryce Benhart was offered by Michigan. He’s a 6’7″, 285 lb. prospect with offers from Minnesota, Notre Dame, UCLA, and Wisconsin, among others. He’s a 3-star, the #43 offensive tackle, and #381 overall. The early expectation is that he will end up at Wisconsin.

Buford (GA) Buford running back Derrian Brown was offered by Michigan. He’s a 5’11”, 174 lb. prospect with offers from Auburn, Florida, Notre Dame, Ohio State, and Oregon, among others. He’s a 4-star, the #13 running back, and #143 overall. Brown is a teammate of 2018 Michigan signee Christian Turner, which is quite a one-two punch in the backfield.

END_OF_DOCUMENT_TOKEN_TO_BE_REPLACED 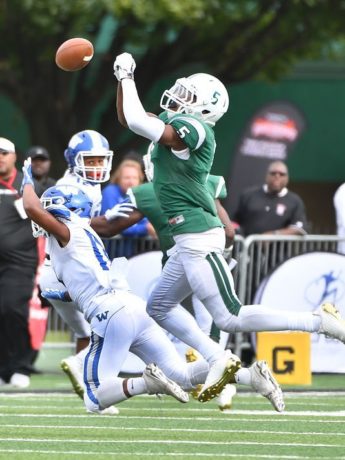