Out-of-Date Poll Results: What will Michigan’s record be in 2020?

I had posted a poll asking what record Michigan will have in the 2020 regular season, but that’s back in the day when I expected Michigan would have a 12-game regular season. Now it will reportedly be a 10-game, conference-only schedule, and we don’t know which 10 opponents Michigan will play. 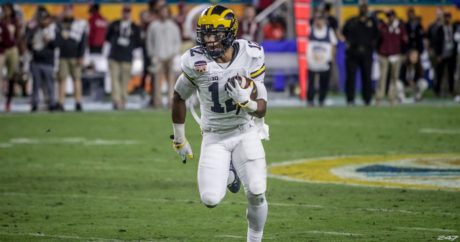 Poll results: Should the NCAA legislate against schools hiring associates of prospective student-athletes? 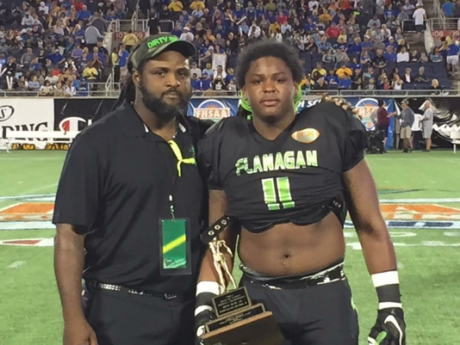 There has been talk – especially around Michigan since Jim Harbaugh’s hiring – that the NCAA should legislate against the hiring of relatives or associates of prospective student-athletes. The reason is that such hiring appears to be an “impermissible benefit” and unfairly lures certain players to schools. Here were the results of the poll:

I hold the belief (an antiquated one, according to some) that players in the NCAA should not be paid, partly because paying them becomes very unwieldy when non-revenue sports are taken into account. But I really have no problem with schools hiring parents, coaches, or associates of a player. Speaking of unwieldy, how would one go about preventing anyone associated with a player from getting a job at the university? If a player’s uncle played in the NFL for 10 years, can he not be hired by a school because his nephew is a good high school football player? If I’m a successful high school coach in the state of Texas, should I not be eligible to move up in the coaching ranks because I have five FBS prospects on my team who are being recruited by a bunch of major colleges?

Let’s look at the example of Devin Bush, Sr., who played in college at Florida State, went on to an NFL career, and then won a couple state championships at Pembroke Pines (FL) Flanagan. He had high-level prospects – even if you don’t count his son – like Devin Gil, Josh Metellus, and Stanford Samuels III on his roster who were being collectively recruited by a huge number of FBS schools. If legislation had been in place, he would have been banned from being hired by almost any FBS school, simply because of whom he knows. Not only does that seem un-American, it also discourages upward mobility and prevents qualified people from getting jobs that suit their skills.

Of course, the opposite end is that it prevents schools from handing out money to unqualified people, but there’s only so much you can do to prevent institutions from making bad hires. If a school wants to spend $80,000 a year for some unqualified schmuck to be an “adviser,” then they have to answer to the taxpayers, regents, donors, etc. I don’t think this will come to fruition at any point, because the NCAA already has too much to do and not enough manpower or time to do it. They can’t handle another whole universe of potential violations to investigate. But it’s interesting that some schools are bemoaning the hiring practices of other schools when it comes to athletics, while many schools offer free tuition to the children of professors. An engineer with a college-aged son can get hired as a professor and see his son get an engineering degree for free, but a football coach with a college-aged son shouldn’t be able to get hired at all if his son happens to be good at football, too.

Poll results: Who should be the next President of the United States of America?

Just for fun, I posted an anonymous poll a couple days ago asking, “Whom are you going to vote for in the presidential election on Tuesday?” Here are the results:

END_OF_DOCUMENT_TOKEN_TO_BE_REPLACED

Poll results: What will Michigan’s regular season record be in 2016?

Just before the season began, I posted a poll about Michigan’s regular season record in 2016. How would the season go for the Wolverines? I left the poll up for the first 4.5 weeks of the regular season, so that gives some more recent voters the advantage of watching the Wolverines beat up on the first four opponents. Anyone who expects Michigan to go 2-6 or worse down the stretch is either really pessimistic or . . . a spy!

Here are the results of the poll: