The time has come to pay the bill for Flywheel. Flywheel is the web hosting service that I have been using for the past few years after 2015 and 2016 really sucked due a terrible local hosting service. As you can see above, I ran the $1,250 charge last week.

In the last couple years, I have become increasingly reliant on donations and Amazon ads because Google AdSense just doesn’t bring in what it used to bring. For example, the month of January 2020 brought in $302.04 from Google, so it would take me four months of writing just to pay for the site to exist.

So if you can donate something, anything, to the effort, it would be appreciated. Please use the Paypal donation button below. Thanks!

If you have been receiving the above picture at times over the past couple months when trying to access TTB, I have some (potentially) good news: the malware has been removed.

I made several requests to technical people for help, and they kept telling me that readers should clear their cache. Which, you know, might have worked, I guess, but it’s hard to tell readers they should clear their cache if they can’t actually land on my website to see words. Sure, I can reach people who follow me on Twitter, but that’s not everyone.

If you continue to see redirects like the stupid one above, please do two things:

Thanks for reading, and thanks to the people who kept contacting me so I could know that the problem was ongoing.

Looking back at last year, here are the top 10 most popular posts of the year 2019, according to traffic numbers and stuff.

This is that time of year once again where I appeal to your sensibilities for cold, hard cash. Once again my yearly Flywheel bill has come to pass, and that $1,300 charge has been made to my credit card that keeps the servers running for Touch the Banner.

So if you are willing and able to send a few dollars my way via Paypal, that would be greatly appreciated. For a reference point, I made $350.17 from AdSense during the month of January, so that $1,300 generally eats up about two to four months of blog income.

There are other ways you can support the blog. One is by turning off your AdBlocker, at least for this site, and clicking on those ads whenever you see something that interests you. Another is to use the Amazon affiliate ads here at the site to make your purchases, for which I generally get a 4% to 8% cut.

Thanks for visiting the site, and for anything you can do to keep it financially viable. 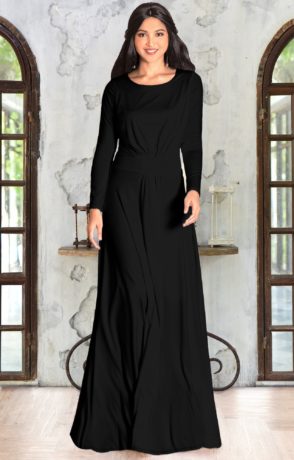 Look at those abs! (image via GCGme)

In addition to today’s bad news of Greg Mattison going to Ohio State and other potential bad things, I have something to add:

The attractive women feature on TTB appears to be going the way of the dodo, as Google has started to hit me with a bunch of violations of their AdSense policy. This happened at MGoBlog to get rid of the “sexybits,” as they like to call them, and Google must have finally got around to checking out a smaller site like mine. Over the span of a few days, Google notified me of 19 violations, and they are creeping ever closer to my current timeline. (The most recent post they flagged was from December 28, 2018).

Considering that AdSense is typically over 70% of my monthly income from the blog, I literally can’t afford to push the limits of their tolerance.

I know some people will be disappointed by this development, but at the same time, I have had some comments indicating that certain people avoid my site because of the “sexybits.” Those people will be welcome to come back without fear of their boss or wife walking past.

At this point I’m not sure what, if anything, will fill the 10:00 p.m. slot on the site. I had been using it for interesting links and breaking news, but without the eye candy, I’m not sure if that will still be worth the effort. I generally don’t have the time to write two posts per day, so this may just limit my posts to 6:30 a.m. and then any worthwhile breaking news throughout the day.

What would you do if you were me? Is there anything you would like to see at 10:00 p.m. (or as an easy second post each day) to fill the void? Would you still read and discuss the links I have been providing at that time, or would the absence of the eye candy send you elsewhere?