Interior offensive lineman Stephen Spanellis announced after the Citrus Bowl that he would be transferring. He just finished his fourth year at Michigan, so he will have just one year remaining.

This was an accident, but coincidences like these are inevitable when doing a countdown of about 100 people. Last year Spanellis was #36 in the countdown, and this year he is, too.

Spanellis is Michigan’s most experienced backup lineman going into the 2019 season. He has played in 26 games altogether and 11 along the offensive line. There was some talk coming out of last season that he would probably replaced Mike Onwenu at right guard unless Onwenu stepped up his game. In positive news for the team, Onwenu is reportedly in the best shape of his career going into his senior year.

Even though talk of Spanellis starting has dissipated, he will still be a key backup. He’s the #2 center on the depth chart and has spent considerable time at right guard, though if he’s the sixth-best guy, the coaching staff would probably insert him at left guard if the need arose, too. (He probably lacks the foot speed to play tackle.) The 2019 season will be an audition of sorts for Spanellis, who has the chance to get a foothold on a starting position in 2020; once Onwenu and left guard Ben Bredeson graduate (and perhaps if Cesar Ruiz leaves for the NFL), there will be two to three spots open on the interior line. 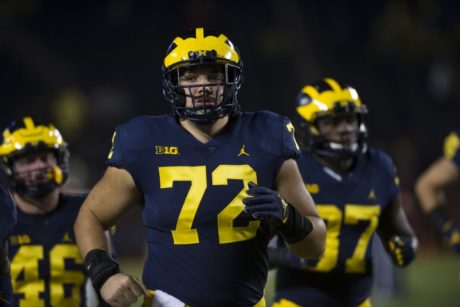 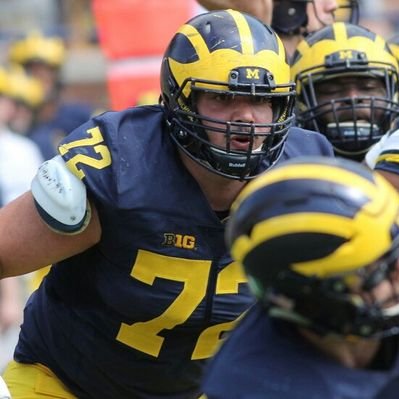