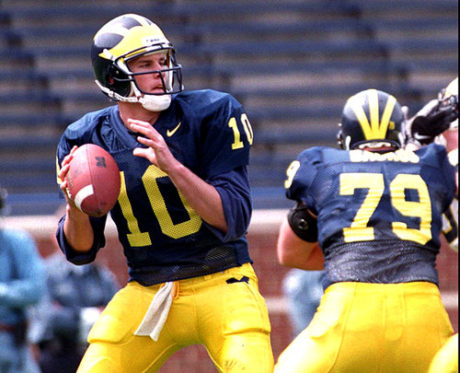 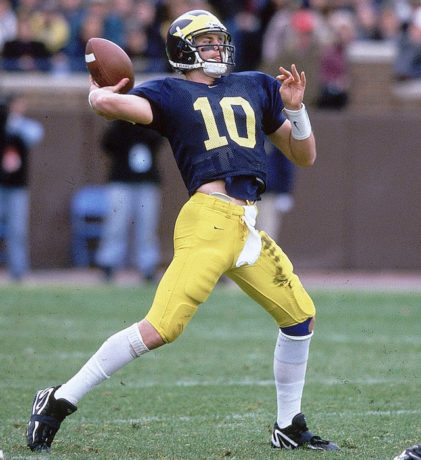 Tom Brady returned to action with a vengeance after his four-game Deflategate suspension to begin the year. He and the New England Patriots beat the Cleveland Browns 33-13. Brady went 28/40 for 406 yards and 3 touchdowns in the win.

END_OF_DOCUMENT_TOKEN_TO_BE_REPLACED

For the third week in a row, it’s Tom Brady winning this award. He and the 3-0 New England Patriots blew out the Jacksonville Jaguars by a score of 51-17. Brady was 33/42 for 358 yards and 2 touchdowns. Chad Henne and Denard Robinson did not play for the Jaguars, since the former is a backup and the latter has a sprained MCL.

Honorable mention: Seattle Seahawks running back Thomas Rawls had 16 carries for 104 yards in a 26-0 win over the Chicago Bears. Arizona Cardinals outside linebacker LaMarr Woodley made 2 tackles, 1 sack, and 1 quarterback hurry in a 47-7 win over San Francisco. Oakland Raiders cornerback Charles Woodson made 6 tackles, 1 interception, and 2 pass breakups in a 27-20 victory against the Cleveland Browns.

Tom Brady had another good game this week in a 40-32 win over the Buffalo Bills. The New England Patriots quarterback completed 38/59 passes for 466 yards and 3 touchdowns. He leads the NFL in passing touchdowns after two weeks.

Honorable mention: With each passing year, it seems like the number of impact players in the NFL that went to Michigan continues to dwindle. Honorable mention this week goes to Brady’s teammate, Alan Branch, who made 1 sack that caused a fumble.

Lots of people look at Tom Brady as a college player or in pictures or video from the NFL Combine (see below), and they laugh at the scrawny guy who looks like an un-athletic tenth grader running through agility drills. The thing that people often forget is that when he played quarterback for Michigan and when he was going through QB-specific drills, he actually looked pretty darn good. It was only when asked to run around cones and run 40 yards in a straight line when he looked particularly awkward. It just goes to show that you don’t have to be a great all-around athlete to be a professional athlete. I don’t want to watch C.C. Sabathia run the 40-yard dash or see B.J. Raji throw a curveball, but they’re both good at what they do.