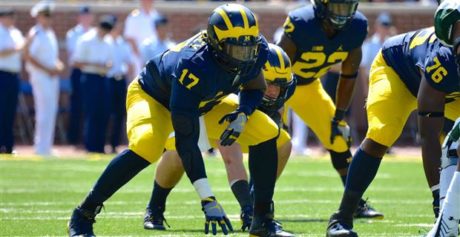 Tight end Tyrone Wheatley, Jr. has left the Michigan football program. Wheatley, Jr. is the son of a Michigan all-timer, and he was a part of the small 2015 class that represented the transition year from Brady Hoke to Jim Harbaugh.

Wheatley, Jr. redshirted in 2015 and has made 6 catches for 61 yards over the past two seasons. He was likely slated to be a backup once again in 2018, playing behind junior Sean McKeon and redshirt junior Zach Gentry. I put him at #49 in the 2018 Season Countdown (LINK) and did not expect much from him. Coming out of high school, I thought Wheatley would make a better defensive end than tight end, but he has not taken a shot at defense so far in his career. His future destination is unknown at this point.

There were only 14 players in the class of 2015, and now six have left (S Brian Cole, K Andrew David, DE Shelton Johnson, QB Alex Malzone, CB Keith Washington, Wheatley) and a seventh, Grant Newsome, may have suffered a career-ending injury. 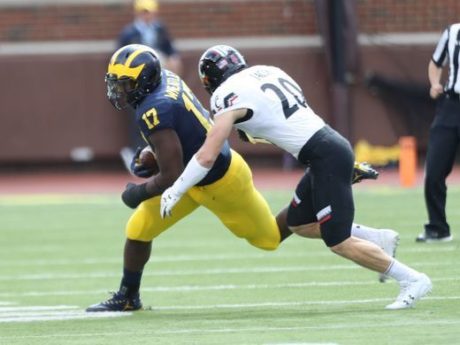 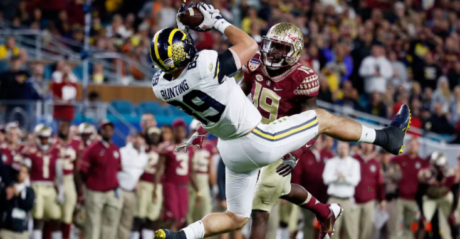 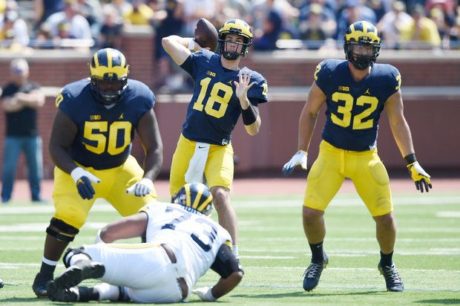