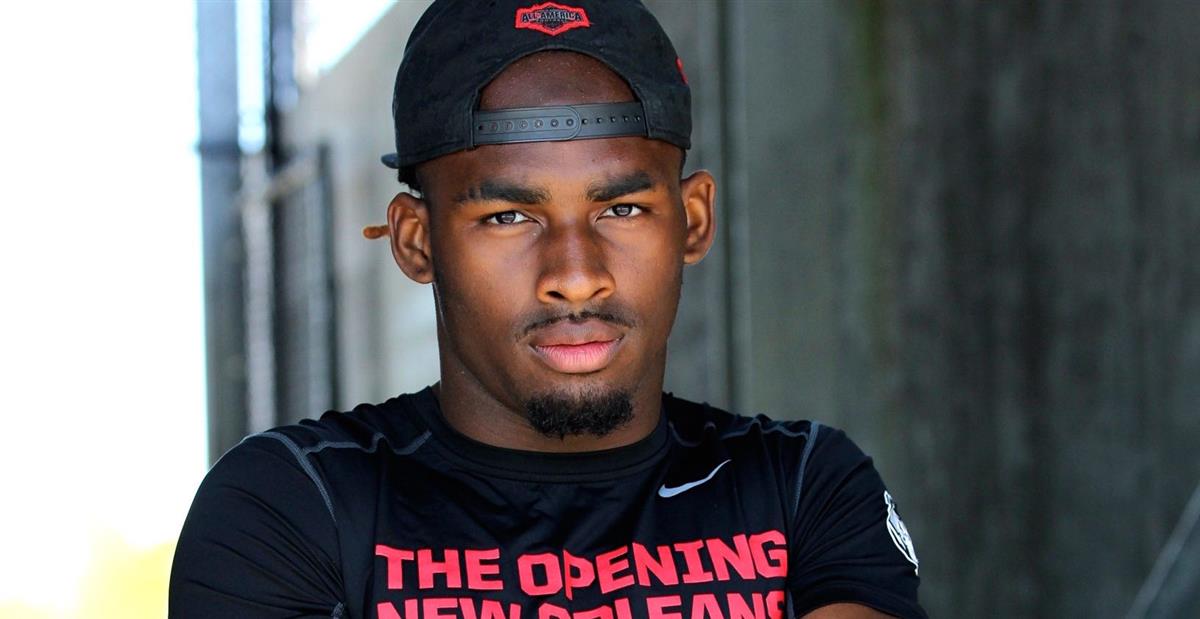 Carter is a 6’0″, 190 lb. prospect with offers from Clemson, Georgia, LSU, Michigan, and Ole Miss, among others; he’s also a former Alabama commit. He’s a 247 Composite 4-star, the #6 cornerback, and #52 overall. Carter is a versatile athlete who could play receiver, cornerback, or safety, although he looks like a corner to me. He is widely expected to end up in SEC country, but he has been rather consistent in mentioning Michigan and has had this visit scheduled for a couple months. This is his official visit. UPDATE: Carter is no longer planning to visit.

Chris Daniels – DT – Euless (TX) Trinity: Daniels is a 6’3″, 299 lb. prospect with offers from Alabama, Michigan, Ohio State, Oklahoma, and Texas A&M, among others. He’s a 247 Composite 4-star, the #17 defensive tackle, and #161 overall. Originally from the Muskegon area, he visited Ann Arbor over the summer and has been strongly interested in the Wolverines. This is his official visit.

Sam Kamara – DE – Carteret (NJ) Carteret: Kamara has a couple FCS offers and could be a potential walk-on prospect.

Tyler Lamica – RB – Grand Rapids (MI) Christian: Lamica is a 6’2″, 225 lb. player who has no scholarship offers, but Michigan has offered him a preferred walk-on spot.

Joshua Ross – LB – Orchard Lake (MI) St. Mary’s: Ross is a 6’1″, 210 lb. prospect with offers from Michigan, Michigan State, Notre Dame, Ohio State, and Oklahoma, among others. He’s a 247 Composite 4-star, the #5 inside linebacker, and #134 overall. He is the younger brother of Michigan senior linebacker James Ross III.