Chris Wormley to Ravens in 3rd round (#74 overall) 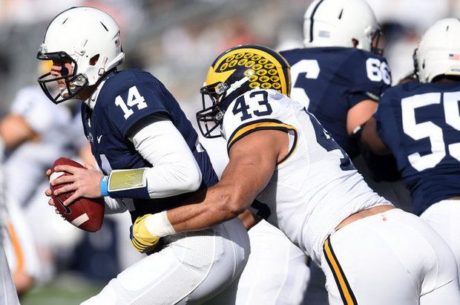 The Baltimore Ravens picked Chris Wormley at #74 overall in the 3rd round of the 2017 NFL Draft.

Wormley was coached by Jim Harbaugh in college and will be coached by John Harbaugh in the NFL. This is a great pick for the Ravens, getting a guy who was thought of by some as a late 1st rounder or most likely a 2nd round guy.

Taco Charlton to Cowboys in 1st round (#28 overall) 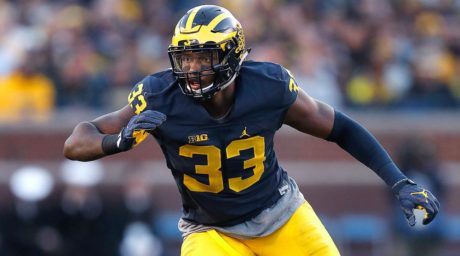 Defensive end Taco Charlton went to the Dallas Cowboys with the #28 overall pick in the 2017 NFL Draft.

It’s a little easier to root for the Cowboys than it used to be, but they’re still a polarizing team. I think Charlton fits well in Dallas, and he’ll get some great coaching from Rod Marinelli.

Jabrill Peppers to Browns in 1st round (#25 overall) 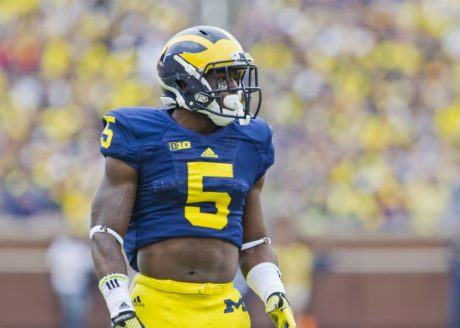 Jabrill Peppers did indeed go in the first round of the 2017 NFL Draft, even though he had a “dilute sample” at the Combine. He went #25 overall to the Cleveland Browns.

It’s a great pick for the Browns, who have multiple needs and can use Peppers in several ways. However, I hate the Browns. They are always terrible, they make poor decisions, and they have ugly uniforms. I will have a hard time rooting for them, but I guess I’ll cheer for him to have some individual success.