When Drobocky came into Michigan as a walk-on tight end, I thought he had some potential to contribute down the road. I expected that contribution to come on offense, but he switched to defense and has made a little bit of an impact, at least. In the blowout win against Rutgers last season, he came in late and made a couple of tackles.

Even though Michigan lost a couple defensive ends, I don’t think there will be much more opportunity for Drobocky to play this year. He’s a guy who can come in and get some garbage time snaps, but probably not someone who should be in the rotation. Michigan also brought in a large defensive line class, and with the relatively new four-game redshirt rule, some of those guys can get snaps and still preserve that potential fifth year down the road. 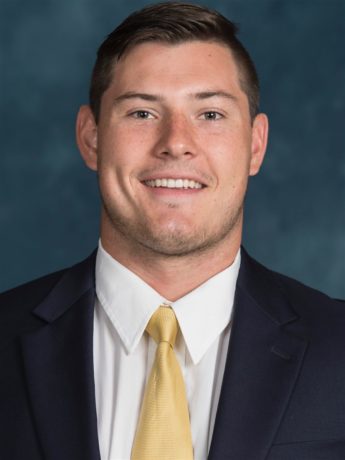 
Drobocky has not played during his first two seasons on campus, but he did win Scout Team Defensive Player of the Week for the preparation week leading up to the Minnesota game last season. When he came out of high school, I thought he would be a tight end, but Michigan has plenty of those. Drobocky is also unlikely to see the field as a defensive end this season, unless a game gets out of hand. There’s something to be said for being a scout team player of the week, and Drobocky’s also the type who could help out a little bit on the punt or punt return unit.