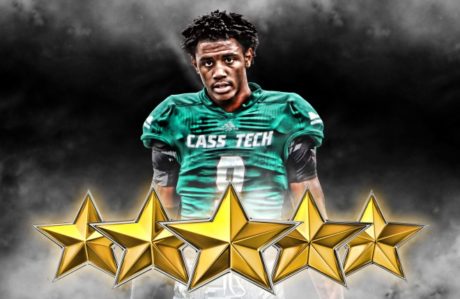 The following is a guest post from Garrett Fishaw, the owner/managing editor of MGoFish.

With Harbaugh’s first full recruiting class in the books, all eyes turn to 2017 to see how Harbaugh will follow up his top five finish in 2016.

The staff has put in a ton of early work to set themselves up for a great return. And it’s clearly paid off. They’ve already landed the top quarterback on their board and look to be among the favorites for a handful of elite members of the class.

But how will it finish? That’s almost impossible to predict this early, especially after the craziness that took place the last two cycles. So, take this prediction with a grain of salt as there will likely be more decommitments and targets that emerge later in the process.

Hit the jump for the rest of Garrett’s offensive best guess list.