Anatomy of a Running Back Substitution, Part 3

Thanks to Ashley, Moser, Roy, and Stephen for the Paypal donations! If you would like to make a donation, please use the Paypal button the sidebar or here:

For previous posts in this series, click here (part 1) or here (part 2).

Having addressed the similarities between Tyrone Wheatley and Jay Harbaugh on distributing carries and then the reasons for rotating running backs, here’s the final piece on how a coaching staff might handle the weekly rotation.

Anatomy of a Running Back Substitution, Part 1

First, a brief history of the running back rotation under Jim Harbaugh for the top four running backs:

Following a 2-4 season and five straight losses to Ohio State – plus an embarrassing loss to Michigan State in 2020 – questions about Jim Harbaugh’s status as head coach have been non-stop. I have a hard time calling for coaches’ jobs, because as a (lower level) coach myself, I know some of the struggles with coaching.

Of course, college coaches have a different situation than high school coaches, because they have more power and more control over which coaches and players enter their program. But there are similarities in that your team’s success is subject to injuries, off-the-field behavior of young people, administrative limits, etc.

So here I would like to address which coaches I would prioritize bringing back, from highest priority to lowest:

Sherrone Moore (Tight Ends): Moore is Michigan’s top recruiter, especially in-state. According to 247 Sports, he’s the #6 recruiter in the country and #2 in the Big Ten (behind Ohio State’s Brian Hartline). I have not been extremely impressed with the performance of Michigan’s tight ends over the past couple seasons, but I think that’s more of an issue with the structure of the offense than the individual players. Regardless, tight end is a position where you can hide a mediocre X’s and O’s/technique coach if the guy coaching them can recruit his butt off. And Moore can. He’s listed as the primary recruiter for QB J.J. McCarthy, OT Giovanni El-Hadi, C Raheem Anderson II, TE Louis Hansen, LB Tyler McLaurin, and WR Andrel Anthony, and he’s the secondary recruiter for RB Donovan Edwards. 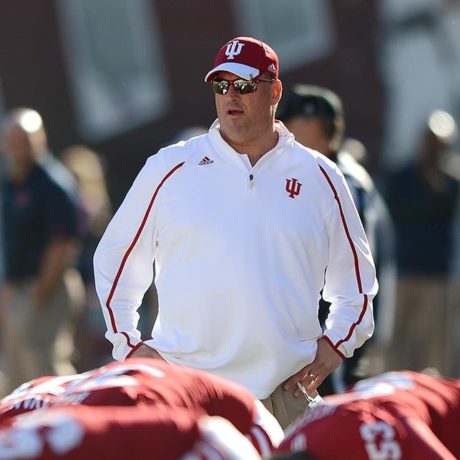 Frey is from Clearwater, FL and went on to play college football at Florida State under Bobby Bowden from 1992-1996. He then coached at South Florida, where Kenyatta Jones was the first offensive lineman drafted from the school. He coached at West Virginia with Rich Rodriguez before being brought to Michigan. Since his last stint in Ann Arbor, he was co-OC/OL coach at Indiana, where he developed offensive guard Dan Feeney into an All-American and helped Jason Spriggs become a 2nd round pick of the Green Bay Packers in 2016.

Let me repeat: He developed a 2nd round pick and an All-American. At Indiana. And those are two separate people, not just one.

Additionally, he helped to develop David Molk into a Rimington Award winner (though technically that came one year after Frey left), and he helped to recruit and develop Taylor Lewan and Michael Schofield. The 2008 season was rather forgettable, but Michigan improved significantly in 2009 and 2010 with little in the way of experienced talent. (Lewan and Schofield redshirted as freshmen in 2009.) With a good deal less talent, Michigan had some decent offensive lines in those days that helped Denard Robinson run for oodles of yards and allowed him time to complete almost 63% of his passes.

With the arrival of Frey, Tim Drevno has responsibilities for the centers and guards. Jim Harbaugh used this setup previously at Stanford when he had a C/OG coach and an OT/TE coach. Frey has limited experience coaching tight ends, but they do often work in concert with the tackles on combo blocks, and some of the pass sets are similar. This also potentially creates a line of succession if Drevno leaves for a head coaching or coordinator job after next season.

On top of the day-to-day work with the team, Frey has been a solid recruiter and has ties to the state of Florida. I think this is a positive move for the program overall, and the mediocre offensive line has been holding Michigan back for the past couple seasons. Getting another set of eyes on the offensive line and maybe some more one-on-one tutelage or different ideas on how to run the ball might get the Wolverines going in a more positive direction.

As a result of hiring Frey, Jay Harbaugh will now move over to coach the running backs after Tyrone Wheatley left for the Jacksonville Jaguars. Harbaugh has little to no experience with running backs, but the same could be said for his previous role with the tight ends. In his two years at Michigan, the units that he’s been responsible for have produced a Mackey Award winner (Jake Butt) and a bunch of blocked kicks. While it’s not a sure thing that he continues to have success with the running backs, there’s no evidence that he will be holding the team back with the way he coaches the running backs.