I would appreciate any support you can offer through Amazon purchases:

Kekoa Crawford, WR (Cal): Crawford is Cal’s leading receiver through three games. He made 1 catch for 14 yards in a 23-17 win over North Texas.

Brian Cole, S (Mississippi State): Cole made 7 tackles, 2.5 tackles for loss, and 1 sack in a 38-15 win over Southern Mississippi.

Kekoa Crawford, WR (Cal): Crawford is Cal’s leading receiver through two games. He made 3 catches for 48 yards in Cal’s 20-19 upset win over Washington.

Brian Cole, S (Mississippi State): Cole made 3 tackles, 1 tackle for loss, and 1 kickoff return for 18 yards in a 38-28 win over Louisiana-Lafayette.

Ja’Raymond Hall, OT (Central Michigan): Hall did not play in the 38-21 win over South Dakota State.

Tim Baldwin, RB (undecided): Ashburn (VA) Broad Run’s Tim Baldwin is still undecided on where he will play college football, and he has no 247 Sports crystal ball picks in, either.

George Campbell, WR (West Virginia): Campbell announced that he was transferring out of Florida State, and the rumor was that he was headed to Penn State. However, he is now on WVU’s roster and listed as a 6’4″, 184 lb. redshirt senior. 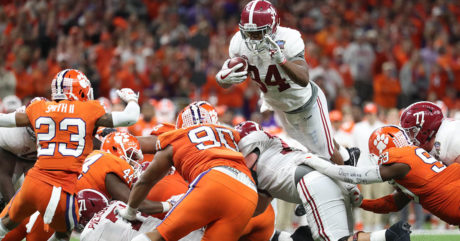