Vilain is going into his fourth year at Michigan without a lot to show for it. Injuries were a big issue for his first two years, and he was finally relatively healthy in 2019 for the first time. It shouldn’t take until year three to even see the field for a top-100 prospect, but that was the situation with Vilain. When he got on the field, he flew under the radar except against Notre Dame, which was a big night for everyone wearing a winged helmet.

As you can see that “sack” and “forced fumble” were basically due to the fact that he was the closest guy to an inept Notre Dame quarterback.

Vilain is ranked in approximately the same spot once again in 2020. Michigan has two solid starting ends in Aidan Hutchinson and Kwity Paye, but there is a little clearer path to playing time with no Michael Danna standing in the way for backup snaps. Vilain’s role for 2020 may depend on how much David Ojabo and Gabe Newburg developed in their redshirt seasons and in the off-season. This is almost a now-or-never situation for Vilain, who would be unlikely to return for a fifth year in 2021 if he doesn’t show the ability to be the heir to senior Kwity Paye’s starting end spot.

Let’s see more of this guy on offense . . . Shea Patterson. Michigan took Patterson off the field a couple times to run a single wing type of look near the goal line. Michigan has been doing this the past few weeks with Zach Charbonnet and/or Hassan Haskins. I groan every time I see it because it’s so predictable. I’ll give you a hint: it’s not a pass. Michigan isn’t even running any motion with it to give the look of a jet sweep or power read. At least leave Patterson on the field to have the threat of motion or a double pass or something. Maybe this is just to put something in Ohio State’s mind to consider in a couple weeks, but right now it’s not doing much.

In some ways Vilain has been one of the most frustrating signees in the 2017 class – right up there with Tarik Black. Why? Because neither one can stay on the field. Or in Vilain’s case, he can’t get on the field, period. In 2017 he had a couple nagging injuries that kept the Wolverines from burning his redshirt. No big deal. In 2018 he had an injury that kept him off the field. With Chase Winovich, Rashan Gary, Kwity Paye, Josh Uche, no big deal.

If Michigan can’t get something out of Vilain in 2019, it’s potentially a big deal. Uche is a proven pass rusher and Paye has shown flashes, but nobody has shown the ability to put consistent pressure on the quarterback like Winovich did. I don’t expect Vilain to replicate Winovich’s production right off the bat in 2019, but Michigan needs to develop that next elite pass rusher, whether it’s Vilain or someone else. The arrival of Mike Danna from Central Michigan might alleviate some of the pressure on Vilain, but Danna is a one-year rental, while Vilain needs to get experience for 2020 and beyond. Vilain should be a sub-package guy like Paye has been the past two seasons.

Carlo Kemp returns as a senior leader on the defensive line (LINK).

Football Study Hall talks about what Mike Gundy’s next trick could be at Oklahoma State (LINK). 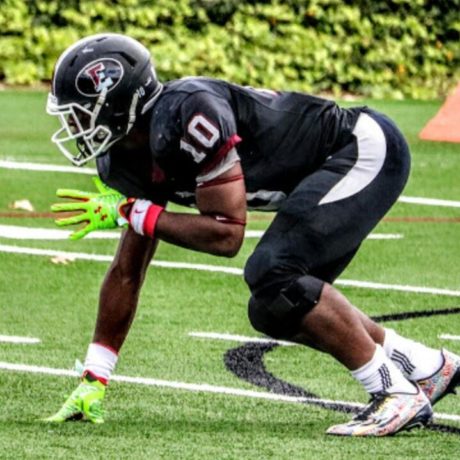