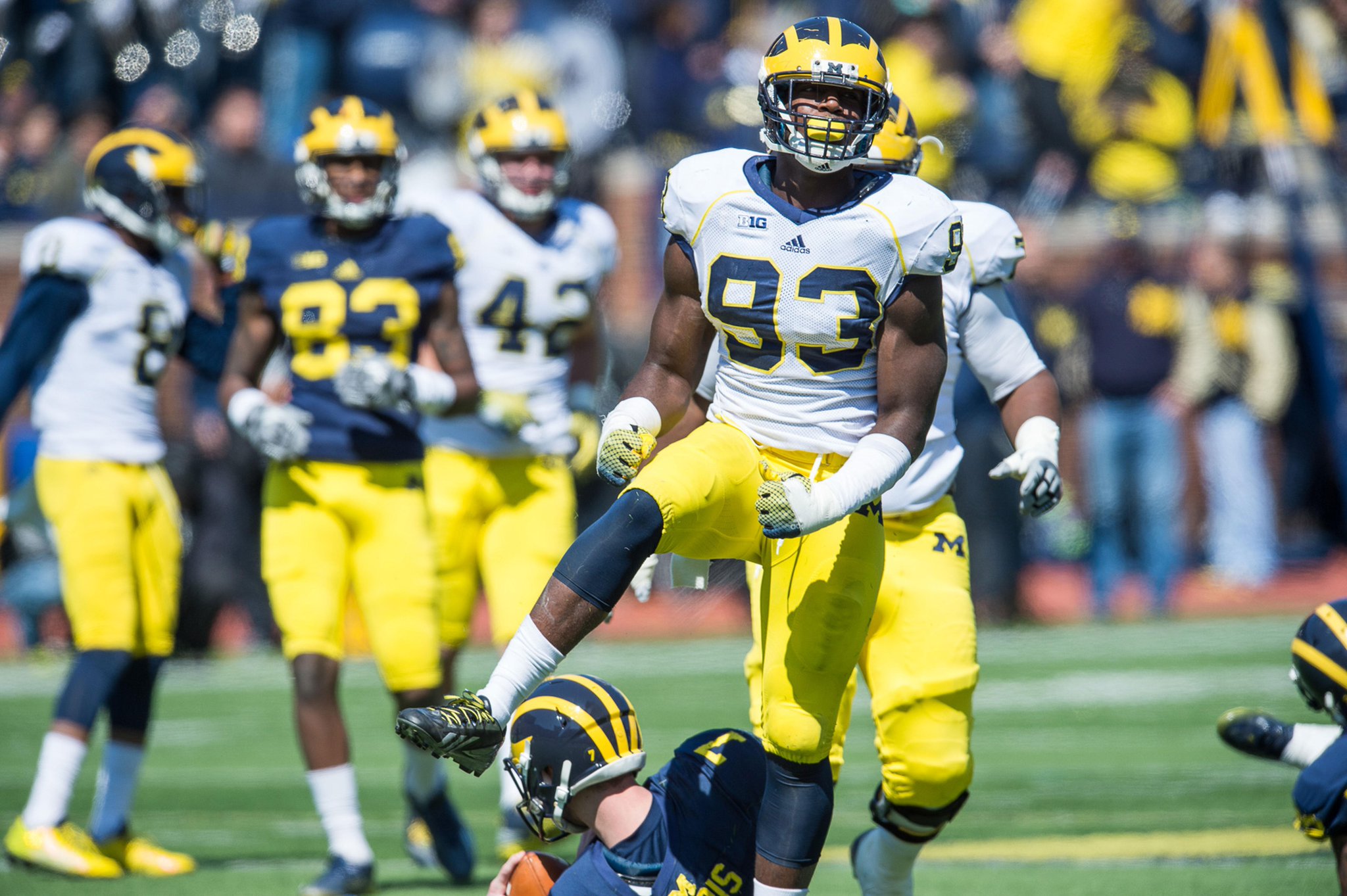 Marshall, who was listed in 2016 at 268 lbs., was a backup strongside end. Rumors have existed for a while now that he hasn’t been 100% committed to improving as a football player, and that resulted in him playing in just three games last season. He made 6 tackles and 0.5 tackles for loss in that playing time, and he struggled some when he got a chance to play. Originally a 240 lb. weakside end, he’s on one of those trajectories where he appears to be bulking up for a mediocre career inside.

Now Marshall is said to be around 280 lbs., and he’s playing 3-tech defensive tackle. Some players have bounced around due to need at different spots, but this appears to be at least a semi-permanent move for Marshall. Michigan needs help on the interior of the defensive line, and there’s not a whole lot of experience there. I profiled true freshman James Hudson III a couple days ago (LINK), so I view him as being almost on par with Marshall, and I wouldn’t be surprised at all if Hudson passed him up. It’s now-or-never for Marshall, who could see his time expire at Michigan if he doesn’t amp up his game. The Wolverines won’t want him back for a fifth year if he doesn’t become more disciplined and productive. On the plus side, Marshall has to see that there’s playing time up for grabs with Maurice Hurst, Jr. the only proven guy at his position. He could be the #2 guy, or he could be clawing for snaps with the likes of Carl Myers, Hudson, and freshman Donovan Jeter, among others.