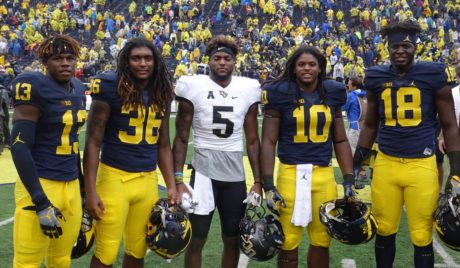 I thought Gil, who played a lot of safety in high school, would take a year to redshirt and learn a new position. But Jim Harbaugh and his staff don’t waste any time getting guys on the field. According to MGoBlue, Gil was Scout Team Special Teams Player of the Week three times throughout the season, and 4 of his 6 tackles came on specials.

This spring Gli was behind the starting crew, at least, and rumors coming out of Schembechler Hall suggest that the coaching staff is looking to have a couple freshmen play some snaps at linebacker. I think Gil will continue to be a special teams player and get limited snaps at linebacker.