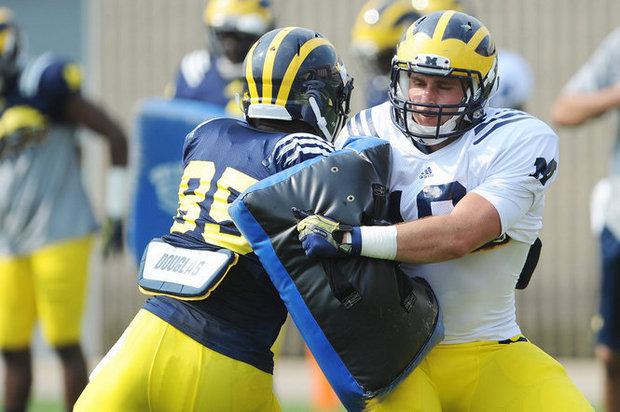 Wangler did not make much of an impact last season, but he did make three tackles against Rutgers in Michigan’s 78-0 win. That was a game where Michigan just threw everybody on the field at random positions like a pee-wee game. Michael Onwenu took some Wildcat quarterback snaps, and Jon Falk caught a screen pass for a TD from James Earl Jones.

So Wangler’s moving up in the world a little bit, but will it translate to serious playing time? That’s doubtful. He was playing weakside linebacker in the spring game, and the leader of the pack there is fifth-year senior Mike McCray II. Younger guys have and probably will continue to pass up Wangler, including an incoming freshman or two. The 2017 season may be his swan song at Michigan, since it looks like a fifth year is unlikely. Still, Wangler is a guy who can help out here or there on special teams or playing some late-game snaps.