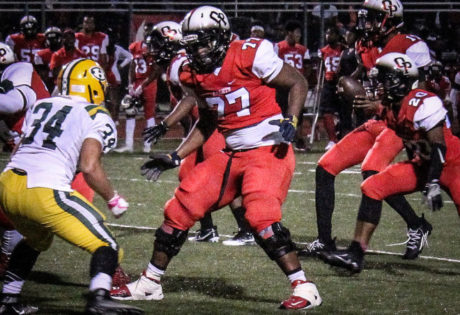 Hall has been committed to Michigan since December of 2015, or right after his junior season of football. He looked like a left tackle prospect earlier in his career, but with the way his body developed, that may not be his long-term future. Hall enrolled early in January and got a head start on some of the other 2017 freshmen, but instead of sliding in at left tackle, he spent most of his time on the right side. Reports weren’t overwhelmingly good this spring, but he’s where a solid true freshman lineman should be. He probably needs a redshirt, but he might get some playing time if he’s the best freshman. With two senior starters, Michigan will need to groom some guys to take over in 2018.