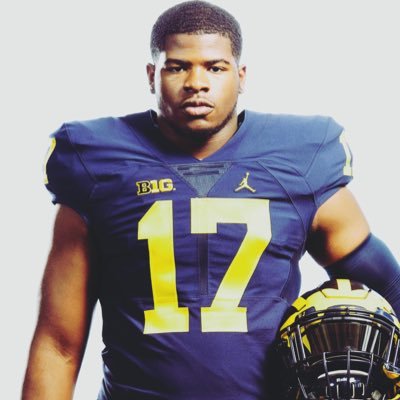 Johnson had an opening for playing time in 2017 when Taco Charlton and Chris Wormley had graduated, elevating Chase Winovich and Rashan Gary to bigger roles. Johnson was never going to pass either of those guys, but at least there were some backup snaps available. But Johnson continued to be invisible, which was expected after he spent part of the spring playing defensive tackle due to a lack of bodies.

I’m expecting more of the same in 2018. Johnson has not generated any buzz in the off-season, and everybody returns in his position group. Winovich has one more year, and Gary could jump to the NFL after 2018, too. Maybe things will open up a little bit in 2019, but for now, Johnson will probably be a little used backup, at best. On the plus side, he has earned Scout Team Defensive Player of the Week honors three times during his two years on campus, so he obviously holds some value as a practice player.