Samuelson was 282 lbs. last season and did not work his way into the rotation. Michigan also didn’t have many chances to play the backups, anyway. In practices and such, he has consistently been essentially the last lineman into the rotation. Whether it’s a function of size, talent, or the combination of the two, significant playing time does not appear to be looming.

Michigan has several returning starters on the offensive line this year, and there are some backups that seem to be far ahead of Samuelson. He has seen some reps at tackle, too, but either way he is only likely to see the field in blowout situations or if there are several injuries. 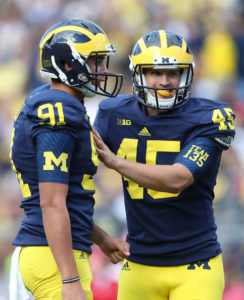 For a few years, people have been talking about Allen as a capable punter. The walk-on is known for booming punts, but the problem reportedly comes down to consistency. He might boom one, shank the next, and go back and forth. With former All-Big Ten punter Will Hagerup a part of the equation, it was no surprise that Allen was mostly mired on the bench.

The job looked like it was about to open itself up to Allen with the graduation of Hagerup, as well as combo kicker/punter Matt Wile. And then along came Aussie Blake O’Neill, a Weber State graduate transfer. The new coaching staff has a slightly different special teams philosophy, and they found O’Neill, who has experience doing what the new staff wants. He has one year of eligibility remaining, so Allen is probably out of luck yet again. Allen will probably be O’Neill’s backup, and while Allen has also been working on his placekicking, he is not expected to win that job, either. Allen does have experience holding on extra points and field goals, but there are a few guys who have experience there (including Shane Morris) and could presumably do the job just as well. 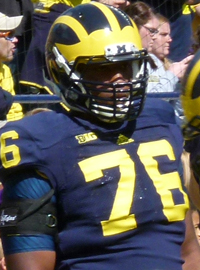 One of my bigger concerns with Bushell-Beatty was the amount of bad weight he had on him coming out of high school. He looked somewhat out of shape during his senior year of football, and that continued on into the Under Armour All-American Game, where he struggled with quicker players. Bushell-Beatty redshirted his freshman year, like most thought he would.

Still pretty heavy at 319 lbs., it’s not clear whether he has remade his body and added some muscle or whether he still has a long way to go with his conditioning. I think we will see a more beefed-up line under Jim Harbaugh, but the hogs up front will still have to be in pretty good shape. Regardless, Bushell-Beatty is near the bottom of the offensive line depth chart with a few guys ahead of him who can fill in at various slots. I do not expect that he will factor into the rotation even if there are a couple injuries, although he could see some mop-up duty if Michigan gets a chance to throw a full second- or third-string line in there. 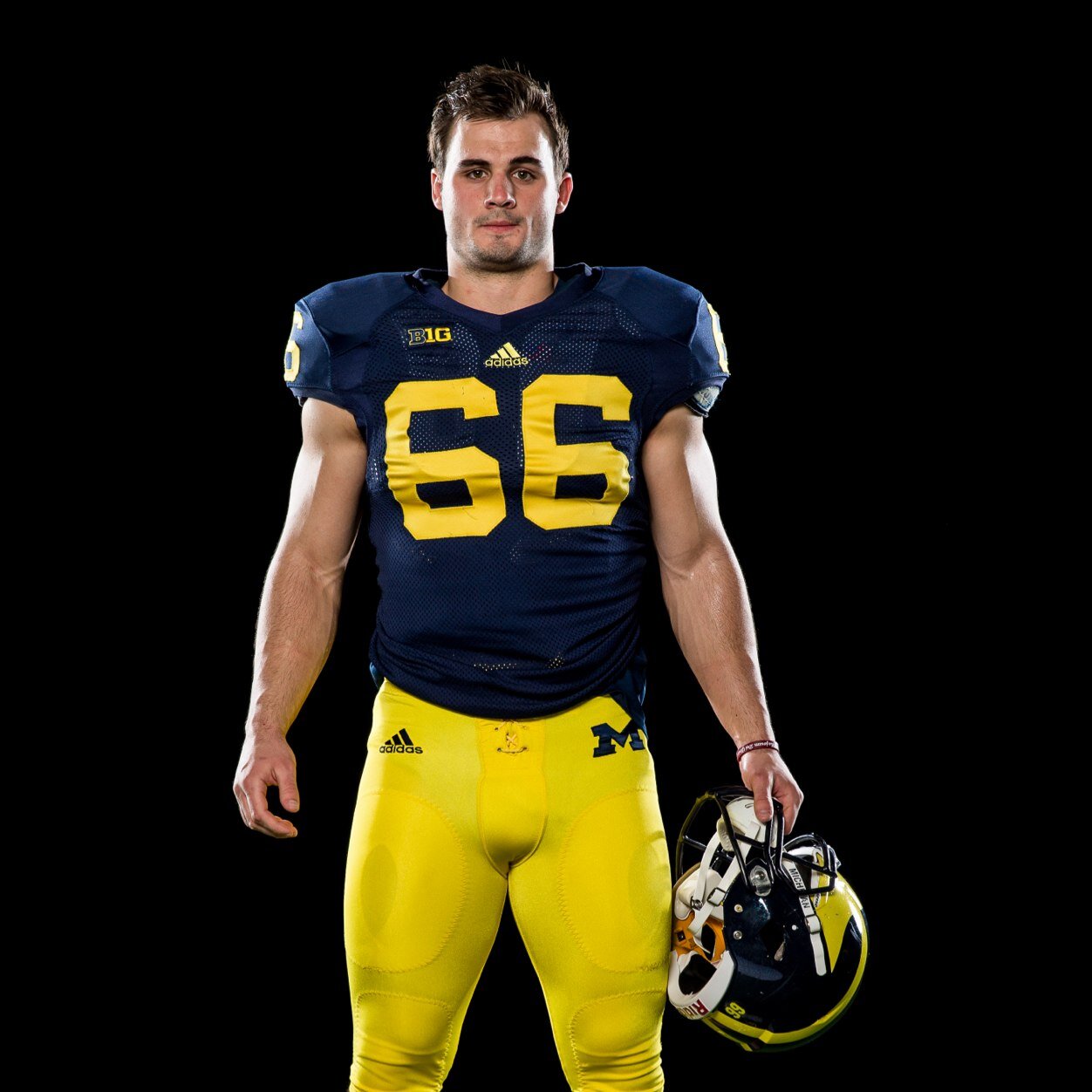 Walk-on linebacker Dan Liesman did not play at all last year and has spent the last three season as a scout team player. That didn’t stop the new coaching staff from starting him in this year’s spring game, though. The intrasquad scrimmage might not portend the future exactly, and some players were unavailable due to injury, but the fact that Liesman played almost the entire time at inside linebacker indicates there’s at least something the coaches like about him. Based on what I saw, I do not think he will crack the rotation at all. But he is a guy that the coaches might want to reward with some mop-up duty or special teams play.