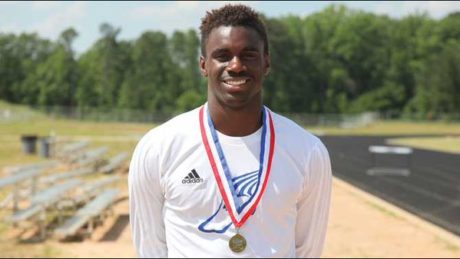 Covington (GA) Newton wide receiver Jeremiah Holloman decommitted from Michigan on Friday. He originally committed to the Wolverines in December (LINK). Holloman is a 247 Composite 3-star, the #117 wide receiver, and #822 overall. I liked him as a big outside receiver at 6’3″, 195 lbs.

National Signing Day is almost a year away, so the Wolverines have plenty of time to recover. What’s interesting is that Michigan has a commitment from teammate Kurt Taylor, a 2017 running back, and offered another teammate, linebacker Jaquan Henderson, who is committed to UCLA. There was a time when a lot of people thought Henderson would flip to Michigan in time, but this development potentially throws a bit of a hurdle in the way.

After suffering – and encouraging – a dozen decommitments in the 2016 class, this is the first rescinded pledge of 2017. This is the new way of the world. Michigan had 41 different players committed at different times last year. We’ll see if Michigan can top that number in the next recruiting cycle.