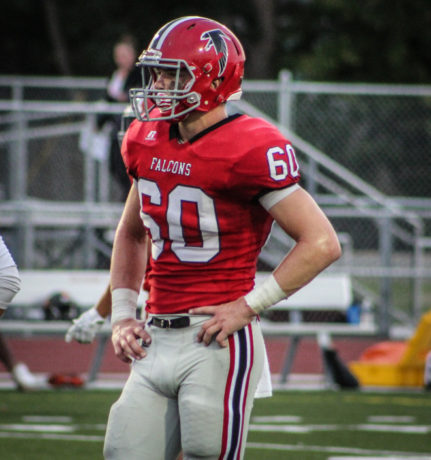 SITE NEWS: Thanks to everyone who donated to the site during the “server drive” over the weekend. I asked for $900 in donations, and within two days, I received $1,005. A special thanks to the person (wishing to stay anonymous) who chipped in $300, thus paying for four months of hosting. There were also multiple people who chipped in $100 or $75, which will pay for at least one month each.

On my other other site, Recruiting Season, I keep track of FBS prospects across the State of Michigan. Since the Mitten State is a fertile recruiting ground for the Wolverines, I like to keep an eye on which players might be potential Michigan-level recruits. So here, according to my own evaluations, are the top players in the state. Here’s the first chunk of five, and the second group will probably be released late this week or early next week. (If you click on each name, it will take you to their recruiting profile on Recruiting Season.)


1. Aidan Hutchinson – DE – Dearborn (MI) Divine Child
Height: 6’6″
Weight: 235 lbs.
Notable offers: LSU, Michigan, Michigan State, Nebraska, Wisconsin
Commitment: Uncommitted
247 Composite: 4-star, #8 SDE, #199 overall
Analysis: I wouldn’t have put Hutchinson this high if I had made this list following his sophomore year, but I saw some real improvements when it comes to both technique and athleticism since last year. He’s the son of former Michigan defensive tackle Chris Hutchinson, and I think his dad has been teaching him some things. The younger Hutchinson is a high-motor kid who has quick reaction skills, shows an array of pass rushing moves to beat offensive linemen, and plays aggressively.

Hit the jump for the rest of the top five.

3. Ryan Hayes – OT – Traverse City (MI) West
Height: 6’7″
Weight: 252 lbs.
Notable offers: Michigan State, Notre Dame
Commitment: Uncommitted
247 Composite: N/A
Analysis: Hayes is a lumbering tight end in high school, but he projects to offensive tackle in college. He’ll need to put on some weight, but I like turning tight ends into tackles. He bends well, moves his feet, and can drive people in the running game. Pass protection will be a bigger issue since he plays in a run-oriented offense that doesn’t ask him to pass block much, but he has the athleticism to make that transition.

4. Marquan McCall – OG – Oak Park (MI) Oak Park
Height: 6’4″
Weight: 320 lbs.
Notable offers: Michigan, Michigan State, Ole Miss, Penn State, Tennessee, Wisconsin
Commitment: Uncommitted
247 Composite: 4-star, #3 OG, #96 overall
Analysis: McCall would probably be higher on this list if not for concerns about whether he’ll continue his high school football career or not. He’s a large, stout offensive guard and nose tackle who probably projects to offense in college. He’s a mauler who finishes blocks and plays with good leverage. He’s not the most athletic player, and he gets too high for my liking when he plays nose tackle, but the potential is there to be a very solid guard.