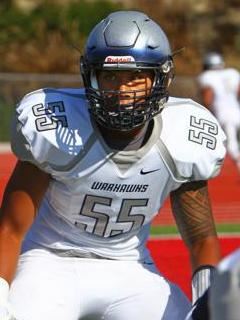 ADDED TO THE BOARD: 2017
Salinas (CA) Palma center Drew Dalman was offered by Michigan. He’s a 6’3″, 265 lb. prospect with offers from Arizona, Colorado, and Fresno State, among others. He’s a 247 Composite 3-star, the #16 center, and #1373 overall. Dalman isn’t an overpowering lineman, but he is quick out of his stance with a low base. He’s the type who fits at center and not anywhere else.

San Antonio (TX) John Jay offensive tackle Matthew Huhn was offered by Michigan. He’s a 6’7″, 270 lb. prospect with offers from Baylor, Houston, and Iowa State, among others. He’s a 247 Composite 3-star, the #81 offensive tackle, and #771 overall. He’s a little heavy-footed and not an ideally athletic prospect, so I would slot him in as a right tackle. Based on the way I expect Michigan to recruit, he’s not on par with what I expect at this juncture, but we’ll see how his recruitment plays out.

Sandy Hook (CT) Newtown linebacker Ben Mason was offered by Michigan. He’s a 6’2″, 247 lb. prospect with offers from Boston College, Cal, Duke, and Wisconsin, among others. He’s a 247 Composite 3-star, the #35 inside linebacker, and #878 overall. Unfortunately, the only reason many of us – including me – have heard of Sandy Hook before is the elementary school shooting that took place there in December of 2012, in which 28 total people were killed. Anyway, he plays linebacker and fullback for his high school team, but Michigan is looking at him probably as a fullback or a defensive end. He is an underwhelming linebacker prospect, in my opinion.

San Diego (CA) Madison linebacker Sampson Niu was offered by Michigan. He’s a 6’1″, 217 lb. prospect with offers from Arizona, Notre Dame, Oregon, and USC, among others. He’s a 247 Composite 3-star, the #18 inside linebacker, and #476 overall. As a junior in 2015, he made 90 tackles, 8 tackles for loss, and 2 sacks. He does a very good job of staying low and tackles like a wrestler, but he needs to add weight and strength, as he lacks the necessary bulk and strength to hold up against some of the linemen, fullbacks, and running backs he’ll meet at the next level. He is generally expected to end up at USC. 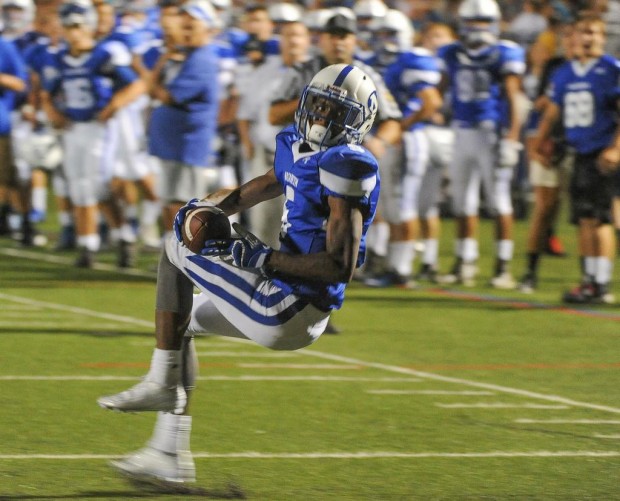 ADDED TO THE BOARD: 2018
Highstown (NJ) Peddie wide receiver Jahan Dotson was offered by Michigan. He’s a 5’11”, 160 lb. prospect with offers from Alabama, Auburn, Miami, Notre Dame, Penn State, and Rutgers, among others. He’s a 247 Sports 4-star, the #6 wide receiver, and #84 overall. As a junior at Nazareth (PA) Nazareth in 2015, he caught 66 passes for 1,179 yards and 16 touchdowns, plus 1 kickoff return TD and 1 punt return TD. He claims a 4.46 forty. Michigan offers so many prospects that I won’t always suggest you watch every highlight film . . . but this is one you’ll want to watch:

Houston (TX) Dekaney tight end Malcolm Epps, who committed to Alabama in February, was offered by Michigan. He’s a 247 Sports 4-star, the #4 tight end, and #82 overall. He’s listed at 6’6″, 214 lbs. and also has offers from Florida State, LSU, and Texas, among others. Right now Epps is a tall, lanky wide receiver, but his body will fill out and he’ll end up as a tight end. Right now there is no indication that he’ll waver from his Alabama commitment.

Seffner (FL) Armwood running back Brian Snead was offered by Michigan. He’s a 5’11”, 190 lb. prospect with offers from Florida, Ohio State, Ole Miss, South Carolina, and Tennessee, among others. He’s a 247 Sports 4-star, the #3 running back, and #54 overall. As a sophomore in 2015, he ran 174 times for 1,227 yards (7.1 yards/carry) and 17 TDs. He’s a strong runner with good speed. Armwood is traditionally a school that churns out talent, but it has not been kind to Michigan over the years. 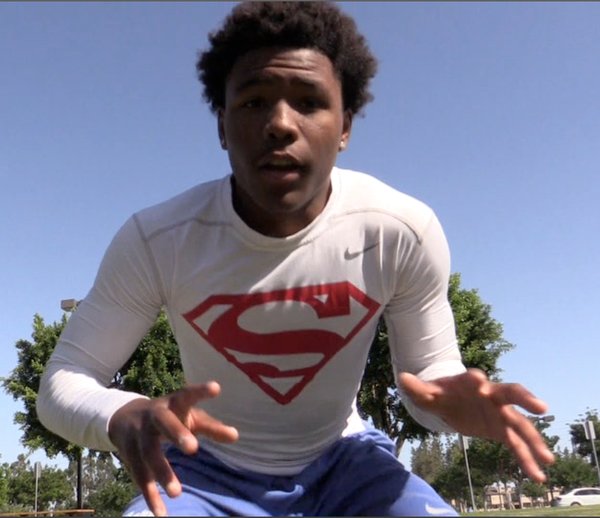 ADDED TO THE BOARD: 2019
Gardena (CA) Junipero Serra cornerback Max Williams was offered by Michigan. He’s a 5’10”, 160 lb. prospect with offers from Boston College, Florida State, and LSU, among others. He visited with a bunch of other California prospects last weekend (see below for the link to the visitors list), but Serra is another program that has not been kind to Michigan over the last several years.

OFF THE BOARD
Anaham (CA) Servite wide receiver Terrell Bynum committed to Washington. Michigan was always on the periphery of his recruitment, so this was not much of a surprise.

Owings Mills (MD) McDonough offensive tackle Jordan McNair committed to Maryland. Even with the hometown discount, this was a bit of a surprise because McNair is a high-level prospect with a lot of suitors, and Maryland’s offensive line development has not been particularly good over the past several years. He might be one to watch down the road, though the Terrapins have a very easy schedule this year, so they might gain some momentum once the season gets underway.

Egg Harbor City (NJ) Cedar Creek running back Bo Melton committed to Rutgers. Melton was a teammate of Michigan early enrollee wide receiver Ahmir Mitchell, so I thought the Wolverines would have a good shot here. He was one of my most wanted prospects in the class because I think he has some big-play potential, though he might end up playing wide receiver or possibly in the defensive backfield, too.

Redlands (CA) East Valley defensive end Jaelan Phillips committed to UCLA. Similar to Bynum, Michigan was not heavily involved in his recruitment, and UCLA appeared to be the favorite for a while.

Indpendence (OR) Central defensive tackle Marlon Tuipulotu committed to Washington. This commitment was a bit of a surprise because he seemed to want to let things play out a bit more, so it will be interesting to see whether he follows through with taking visits elsewhere or not. Michigan has seemingly picked up their pursuit of players with Pacific Islander descent now that Tony Tuioti has been hired as a player personnel guy.

MISCELLANEY
Here’s a list of visitors from this past weekend (LINK).

Brunswick (GA) Glynn Academy cornerback DeeJay Dallas named Michigan to a final ten list of schools. It’s an array of ACC, SEC, Pac-12, and Big Ten schools that also includes the school that he was previously pledged to in the form of the Georgia Bulldogs.

New Orleans (LA) Brother Martin linebacker Bruce Jordan-Swilling named a top ten that does not include Michigan. I did not expect him to pick a school outside of ACC/SEC country, but I held on to a sliver of hope since he’s the son of former New Orleans Saint and Detroit Lion outside linebacker Pat Swilling.