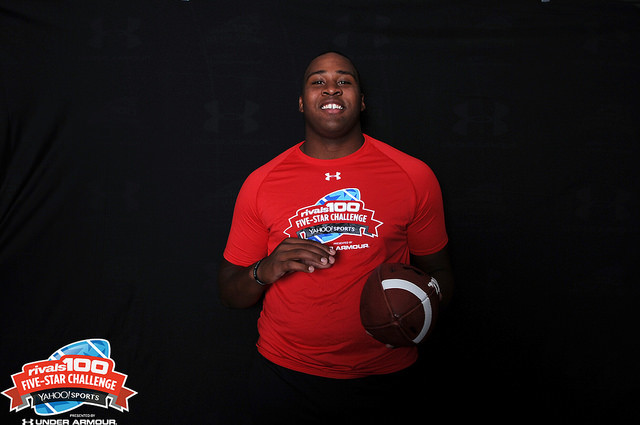 Dallas (TX) Woodrow Wilson cornerback Darrion Green committed to SMU. His Michigan offer was considered a big deal, and so is SMU’s, frankly: Green is partially deaf, so it’s quite an accomplishment to be recruited by FBS programs. His Michigan offer was probably not committable, however, and the Michigan fans who were concerned that such a low-ranked prospect (#179 CB, #1703 overall) could take up a spot in Michigan’s class can rest easy for now.

Plantation (FL) American Heritage offensive tackle Kai-Leon Herbert will announce his college decision on July 6, which is tomorrow. He narrowed his list to Florida, Miami, and Michigan, but most believe it’s between the Gators and Wolverines. For what it’s worth, I put in my Crystal Ball for Michigan.

Bradenton (FL) IMG Academy center Cesar Ruiz put Michigan in his top eight. He had named Michigan his leader at one point, and then named a top twelve with no favorites. So the list is getting whittled down.

Here’s a list of Michigan commits and targets who will be participating in The Opening over this coming weekend (LINK). 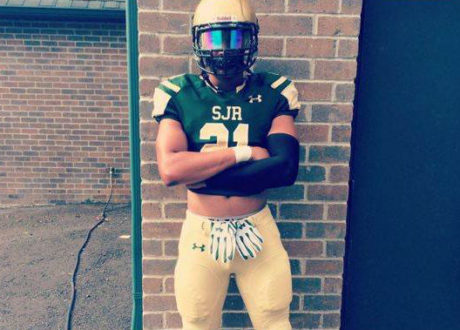 Darrion Green – CB – Dallas (TX) Woodrow Wilson: Green is a 5’11”, 170 lb. prospect with offers from Michigan and SMU. He’s a 247 Composite 3-star, the #150 cornerback, and #1528 overall. He claims a 4.4 forty. Green is partially deaf, so earning FBS football offers is a big deal. There has been some talk that his Michigan offer is “not committable,” and he will be making his college announcement in the coming weeks, so his pick will probably be SMU unless something changes.

James Hudson – DE – Toledo (OH) Central Catholic: Hudson is a 6’5″, 280 lb. prospect with offers from Alabama, Iowa, Penn State, and Pitt, among others; he just recently decommitted from Kentucky. He’s a 247 Composite 3-star, the #11 strongside end, and #330 overall. Michigan has not yet offered, but there’s a good chance that they will on the visit (UPDATE: Michigan did indeed offer).

Jaylen Kelly-Powell – S – Detroit (MI) Cass Tech: Kelly-Powell is a 6’0″, 183 lb. prospect with offers from Michigan, Michigan State, Notre Dame, Ohio State, Oklahoma, and Oregon, among others. He’s a 247 Composite 4-star, the #22 safety, and #243 overall. I put in a Crystal Ball for him to Michigan a couple weeks ago.