Ex-Wolverine Updates: The Class of 2010

Former Michigan cornerback Cullen Christian redshirted at Pitt this past season due to NCAA transfer rules.  He transferred to Pitt in order to follow former Michigan defensive backs coach Tony Gibson, who has since been hired for the same role at Arizona.  Christian made several negative comments on Twitter about Gibson and Pitt head coach Todd Graham for leaving Pitt so soon.  Christian will presumably remain at Pitt with new head coach Paul Chryst, since he’s already transferred once and he’s near home.

Former Michigan signee Demar Dorsey spent this past season at Grand Rapids Community College in Michigan.  He played in just seven games and ended the season with 10.5 tackles, 1 interception (for 51 yards), 4 pass breakups, and 2 kickoff returns for 51 yards.  He’s going to need a new place to play, though, because GRCC disbanded its football program this past week.

Former Michigan commit Tony Drake spent 2010 as a wide receiver/running back at Colorado State, but was declared academically ineligible for the 2011 season.  It’s unclear if he will return to the program.

Former Michigan safety Carvin Johnson left the football program in the middle of the 2011 season.  He was enrolled at Michigan throughout the fall semester.  Prior to his departure, he played in eight games for the Wolverines and made 14 tackles, 1 pass breakup, and 1 fumble recovery.

Former Michigan signee Conelius Jones was academically ineligible to play at Marshall this past season.  Since graduating in 2010, he has yet to appear on a college roster.  His current status is unknown.

Former Michigan signee Antonio Kinard attended Hargrave Military Academy in 2010, then signed with Miami in 2011 . . . and was declared academically ineligible at Miami, too.  He is headed to Arizona Western to play football in fall 2012.

Former Michigan center Christian Pace injured his shoulder during practice in 2010 and left the team this past off-season on a medical scholarship.  He is still enrolled at the University of Michigan.

Former Michigan linebacker Davion Rogers spent the 2011 season as a 6’6″, 215 lb. linebacker at Youngstown State.  He played in 11 games and made 45 tackles, 6.5 tackles for loss, 2 sacks, 5 pass breakups, and 1 interception (which was returned 27 yards for a touchdown).  He also blocked 2 kicks.

Former Michigan safety Ray Vinopal sat out the 2011 season at Pitt due to NCAA transfer rules.  In much the same situation as Cullen Christian (minus the childish Twitter rant), he will be a redshirt sophomore in fall 2012.

Former Michigan running back Austin White sat out the 2011 season at Central Michigan due to NCAA transfer rules.  He will be a redshirt sophomore at CMU in fall 2012.

Class of 2011 Bonus: Former Michigan offensive lineman Tony Posada is no longer playing football.  Thanks for yet another wasted scholarship, Rich Rodriguez!

For further updates on ex-Wolverines and former commits, check out the Ex-Wolverine Encyclopedia.

Former Michigan wide receiver Toney Clemons had 3 catches for 50 yards and 1 touchdown in Colorado’s 45-6 loss to UCLA on Saturday.

Former Michigan commit and current Alabama wide receiver Marquis Maze had 3 catches for 44 yards in a 45-21 victory over Georgia Southern.

Former Michigan linebacker Davion Rogers had 2 tackles for Youngstown State as they lost to Missouri State by a score of 38-34.  Rogers finished the season with 45 tackles, 6.5 tackles for loss, 2 sacks, 1 interception for a touchdown, 2 blocked kicks, and 5 pass breakups.

Former Michigan linebacker Davion Rogers, now at Youngstown State, is having an impressive season.  He has started all 9 games at linebacker and has 39 tackles, 6.5 tackles for loss, 2 sacks, 5 pass breakups, 2 blocked kicks, and 1 interception that he returned 27 yards for a touchdown.

For more news on former Wolverines and commitments, check out the Ex-Wolverine Encyclopedia.

Freshman linebacker Davion Rogers has left the football program.  He was a 3-star recruit from Warren, OH.  The reason for his departure hasn’t been officially released, but he had some NCAA Clearinghouse issues when trying to qualify for Michigan and rumor is that he never fully qualified.  Rogers was on campus and practicing with the team, but he had not played yet this season.

You can read my commitment post here, but Rogers was not expected to contribute to the team this season.  He’s 6’6″ and about 200 lbs., so he had a lot of physical development left before he could contribute at the college level.  However, he is an excellent athlete who would have been an asset to the team in the coming years.

This is the fifth Wolverine to depart since fall practices began.  He’s also the fifth member of the Class of 2010 who has failed to reach October of freshman year.  My frustration with Rich Rodriguez’s inability to recruit and retain players has been well documented on this blog, and this is yet another potential nail in the coffin for Michigan’s defense in the coming two or three years.  Freshmen littered the two-deep at Michigan already, and that trend will continue in the coming years due to all these transfers/non-qualifiers.  Rodriguez has offered veiled complaints about the lack of defensive depth left by the Lloyd Carr regime, but no less than 11 defensive recruits signed during Rodriguez’s tenure (Class of 2008 through Class of 2010) have already departed.  That means 31.4% (11/35) of defensive recruits brought in during that time have already left.

My unofficial calculations suggest that Michigan’s 2011 recruiting class will have room for approximately 22 players (10 unused scholarships, 12 departing seniors).  For a reference point, a few months ago the class size was supposed to be 14 or 15.  You might think that Michigan’s defense has been bad over the past couple seasons, but help won’t be on the way anytime soon if Michigan keeps hemorrhaging recruits. 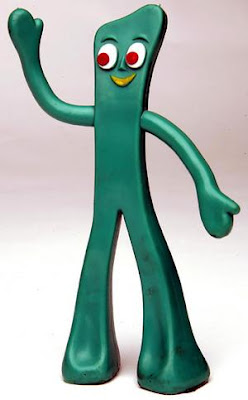 Rogers has all kinds of athleticism paired with the bulk of a wind sock. That’s not a good combination for playing early. Recruited to play the “Quick” outside linebacker/defensive end spot, he’ll immediately be behind sophomore starter Craig Roh and redshirt junior Brandon Herron. Along with those two, a big chunk of fellow freshmen were recruited to play Quick, all of whom have more college-ready bodies: Ken Wilkins, Jordan Paskorz, and Jake Ryan.

Rogers’ best chance for contributing in 2010 is on special teams. He has the speed and athleticism to get downfield and wreak some havoc on kick coverage teams, but I still expect him to spend his practice hours in Mike Barwis’ dungeon: bench press, front squat, chocolate milk, repeat.