END_OF_DOCUMENT_TOKEN_TO_BE_REPLACED

Pro Athletes and Their Spawn: 2019 Edition

Pro Athletes and Their Spawn: 2017 Edition 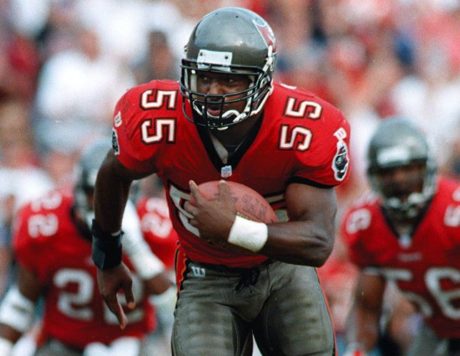 In what has become a yearly tradition, I tried to keep track of some noteworthy players’ sons in the 2017 recruiting class. Several former Detroit Lions have sons who are matriculating into the world of college football, and there are many others, too. You can also check out former years’ posts (2016, 2015, 2014, 2013, 2012)

DeCalon Brooks – LB – Tampa (FL) Gaither: Brooks is a 5’11”, 197 lb. outside linebacker who signed with the Florida State Seminoles. He turned down offers from Illinois, Iowa, and Louisville to become a Seminole. He’s a 247 Composite 3-star, the #52 inside linebacker, and #1174 overall. He is the son of former Florida State linebacker Derrick Brooks, who was a 1st round pick (#28 overall) of the Tampa Bay Buccaneers in 1995 and played through 2008. He’s now in the Pro Football Hall of Fame after making 11 Pro Bowls, 1715 tackles, 13.5 sacks, 25 interceptions, and 7 total touchdowns throughout his career.

Germane Crowell – CB – Winston Salem (NC) Carver: Crowell is a 6’3″, 180-pounder who enrolled early at Virginia. He’s a 3-star, the #41 athlete, and #557 overall, and he spurned offers from the likes of Georgia and Notre Dame to attend his dad’s alma mater. The elder Germane Crowell was a 2nd round pick (#50 overall) of the Detroit Lions in 1998. He caught 184 passes for 2,722 yards and 16 touchdowns during a five-year career with the Lions. He was the head coach at Carver and amassed a 33-18 record over the past several years, but he resigned in December of 2016. 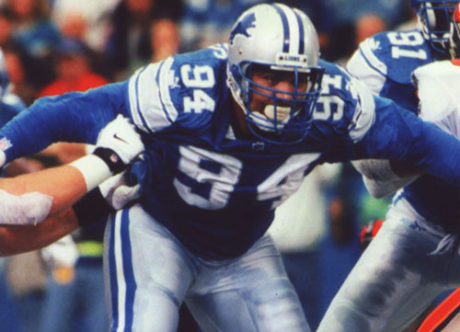 Noah Elliss – DT – Littleton (CO) Valor Christian: Elliss is a 6’4″, 330 lb. prospect who signed with Mississippi State. He’s a 3-star, the #23 defensive tackle, and #344 overall. Alabama, Auburn, Notre Dame, Oklahoma, and USC also offered Elliss, so the choice of Mississippi State was odd. Furthermore, Michigan was in need of defensive tackles, so I thought it was possible that the Wolverines would extend an offer, especially considering where his “dad” spent his NFL career. Luther Elliss played his college ball at Utah before becoming a 1st round pick (#20 overall) of the Detroit Lions in 1995. A two-time Pro Bowler for the Lions, he made 331 tackles and 29 sacks during a ten-year career, the last season of which he played for the Denver Broncos. Noah is actually Luther Elliss’s biological nephew, but Luther adopted him.

Hit the jump for a gaggle of more players and their dads.

END_OF_DOCUMENT_TOKEN_TO_BE_REPLACED Let’s see more of this guy on offense . . . Chris Evans. If you watched the game, you already know that Evans was the breakout star of the opener. He ran 8 times for 112 yards and 2 touchdowns. One of those touchdowns was a nifty run where he dived for the left pylon, showing good field awareness and body control. The other was a 43-yard burst right up the middle after being untouched at the line of scrimmaged. He hurried a couple runs, but he showed good patience on most of his rushing attempts. That’s how you average 14 yards/carry. Evans looks like the most explosive running back the Wolverines have had in several years.

Hit the jump for more awards from the Hawaii game.

END_OF_DOCUMENT_TOKEN_TO_BE_REPLACED 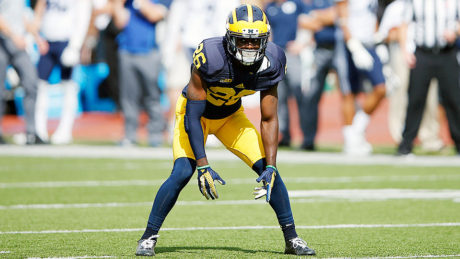