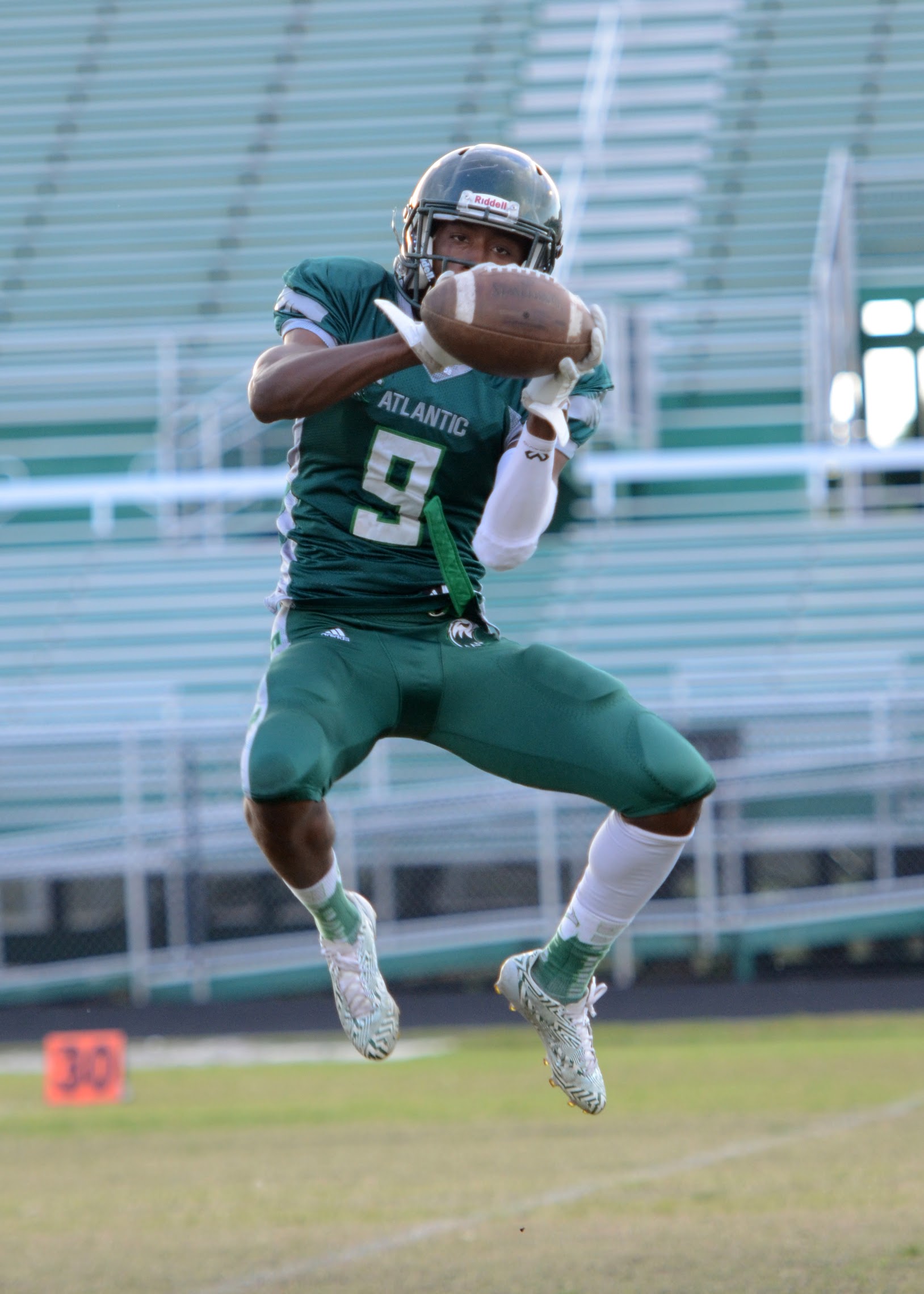 Richardson was a teammate of defensive end Shelton Johnson last season, who ended up signing with the Wolverines in February. Michigan was not on his radar much until they offered about a week ago during the Summer Swarm tour. The Wolverines leaped out to the lead in his recruitment, and there were rumors last weekend that he would commit. It took a little longer than some expected, but the news finally come today.

Richardson is lanky at just 165-170 lbs. but has good height for a cornerback. He is very physical for being so thin, and you can see in his highlights that he’s not afraid to mix it up. He uses his hands well in press man coverage, and he makes hay by not letting guys off the line. Despite his thin frame, he is not afraid to step up in run support or lay a hit on an unsuspecting wideout. There are also some impressive clips of him jamming punt team gunners and blocking on the return team (check out the play at about 3:20 of the below highlights where he blocks three  guys on one return).

Weight and strength are two obvious things that need to be improved on a player with his body. Richardson is also not the greatest athlete. He lacks great explosion and speed, and he has a bit of a hitch in his stride that may or may not be able to be worked out in training. He does not change direction particularly well, and he rises up too high when breaking out of his backpedal.

Overall, Richardson is a player who will need to pay strict attention to technique and responsibilities in order to max out his talent. He is not a dynamic athlete and cannot afford to make mental mistakes, but he already shows some good attention to detail. He is likely a boundary corner type of player, and in that respect, he reminds me somewhat of former Michigan cornerback J.T. Floyd. I could also see him playing some safety if corner doesn’t work out. I do not see a high-ceiling player, but he can be a solid cog in a good defense if the other pieces are sound.

Michigan now has 11 commits in the 2016 class, a class that currently only has room for 15 players. He is the first defensive back in the class, although a couple other players (Kiante Enis, Chris Evans) could end up there eventually. The Wolverines are in pretty dire need of cornerbacks since the top three players at the position are upperclassmen and there are few options behind them. Michigan had never dipped into Atlantic High School until Johnson committed this past winter, but they have a solid program that produces a steady stream of talented players. 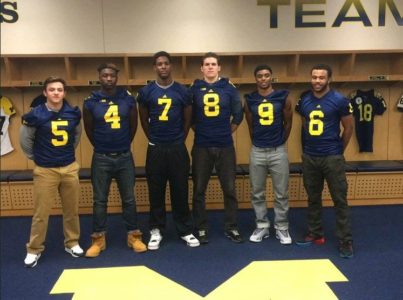 Johnson was considered a Florida State lean throughout the process, and he was not even offered by Michigan until mid-January. Then new defensive coordinator D.J. Durkin stepped in, and Johnson quickly scheduled an official visit for the weekend of January 16th. His response to the visit seemed rather lukewarm, so most Michigan fans – including myself – dismissed any likelihood of him joining the Wolverines’ class. Over the last couple days, though, rumors started bubbling that he might choose Michigan over the presumed favorite, and despite getting some cold feet late, he went ahead and signed with the Wolverines.

There’s a lot to like about Johnson. He looks a full 6’5″ and maybe more than 220 lbs., with the weight thing perhaps an optical illusion due to Johnson’s robust lower body. He’s thick in the legs and backside, which should mean that his body will fill out and add quite a bit of weight. He should have no problem carrying 270+ pounds. I really like his ability to play low, and he takes some good pursuit angles. Johnson is also a punishing hitter who will not be pleasant for running backs to block, and he could be an effective pass rusher.

I would like to see Johnson improve his stance and get-off. Depending on what position he plays, he might need to move his front foot a little farther back to avoid taking a false step. Partly because of that stance, he can be slow off the ball, even slower than the rest of his defensive line mates. He can make it work in high school, but that will get him beaten in college. He also needs to use his hands more often and keep his hands and elbows inside. These are technique issues and not questions of his physical skills.

Overall, Johnson has a good set of physical skills. He needs to get stronger, but that should come with a college S&C program. And aside from the technique issues, he has high upside. Johnson could be the steal of the class, because he has the body of a future NFL player. I said something similar about Logan Tuley-Tillman a couple years ago, but it all depends on how seriously Johnson takes football and how hard he works.

Johnson is the second defensive end in the class, joining fellow Floridian Reuben Jones. This helps out with depth at the position since Lawrence Marshall was the only defensive end in the 2014 class, and some of the older defensive ends look more like tackles. With Brennen Beyer and Frank Clark having graduated following the 2014 season, Johnson could find himself on the field this fall as a backup.