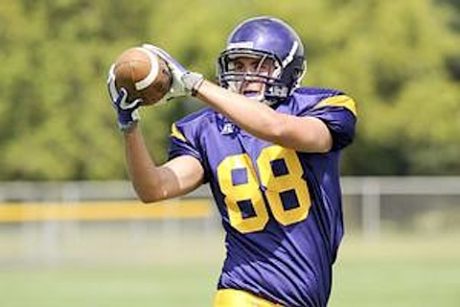 Esterline was one of those anonymous walk-on players last year who developed into a viable backup player. In Michigan’s blowout of the Fighting Illini, he grabbed one pass only to be tackled immediately. Most walk-ons dreams for just one opportunity like that.

Esterline might have a chance to add to that production, though. Michigan is a little short on bona fide tight end prospects with sophomore A.J. Williams assured a spot as a blocker and everything up in the air after that. Sophomore Devin Funchess is more of a flex tight end, and freshmen Jake Butt and Khalid Hill are somewhat undersized for in-line blocking at this point, too. Al Borges likes to use multiple tight ends, and Esterline could be the #2 guy at the Y position. He probably won’t be much of a receiving threat, but I do think he’ll get some playing time over a guy like redshirt junior Jordan Paskorz, who has not impressed me physically.