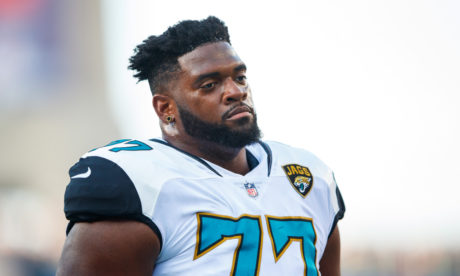 Hit the jump for a summary of Michigan’s offensive line recruiting in the 2008 class.

END_OF_DOCUMENT_TOKEN_TO_BE_REPLACED

Here’s a look at the NFL Draft-related movement for Michigan players over the last 24 hours.  A couple Wolverines were drafted, and several more have been signed as free agents.

HIGH SCHOOL
Mealer attended Wauseon (OH) Wauseon as a member of the class of 2008.  He was a 4-star, the #24 OT, and the #213 overall player to Rivals.  To Scout he was a 4-star and the #28 OT.  He committed to Lloyd Carr and Michigan on April 23, 2007, over offers from Cincinnati, Duke, Indiana, Michigan State, Northwestern, and Purdue.  In December 2007, just over a month before he would sign with Michigan, he was in a car accident that killed his father and girlfriend and paralyzed his brother Brock.

COLLEGE
Elliott injured his shoulder in the car accident, which helped cement his redshirt for the 2008 season.  As a redshirt freshman in 2009, he played in eleven games on special teams and subbing in at left guard on offense occasionally.  During his redshirt sophomore season in 2010, he continued standing on the sideline for the most part, his left guard spot blocked by Stephen Schilling; however, Mealer did play on special teams in every game.  He played more offense in 2011 when Brady Hoke arrived, playing both offensive guard and offensive tackle as a backup.  On the eve of the 2012 season, Mealer earned the starting offensive center job over Ricky Barnum (who would proceed to start at left guard, Mealer’s projected position) because Mealer was a more consistent snapper.  He started every game as a senior.

SUMMARY
The story with Mealer – which is unfortunate in numerous ways – begins with the devastating car accident during his senior year of high school.  To the credit of Rich Rodriguez, his staff, and the Michigan community, Michigan honored Mealer’s scholarship offer and helped Brock Mealer on the path to recovery from his paralysis.  On the football side of things, Mealer’s career probably didn’t go the way he planned.  He mostly played tight end in high school, and his projected position of offensive tackle never quite fit his skills; he was a little short and lacked the foot speed to block defensive ends regularly.  Physically, his best position probably would have been offensive guard in a pro-style system, so his years under Rich Rodriguez were kind of a mismatch between system and player.  When Mealer earned the starting center job in 2012, it was largely because he was one of the five best linemen overall and the coaches liked his snapping ability – which was perhaps a good call, because there were no errant snaps all year.  Mealer had been practicing some at center for his entire college career, but he never played the position in a game until his final season.  Unfortunately, Mealer looked a little lost attempting to carry out some other center duties – mainly blocking – which caused Michigan’s running game to suffer.

I WILL REMEMBER HIM FOR . . .
. . . staying strong and showing a positive attitude despite the tragedies he suffered.

PROJECTION
Mealer’s solid snapping might get him a look from some NFL teams, but as I mentioned above, I believe his best position is offensive guard.  However, his lack of production and starting experience at Michigan makes him a bit of a longshot to succeed at the next level.  I do not expect him to get drafted, and I would be surprised if he hangs on in the NFL longer any longer than maybe a rookie mini-camp or training camp invitation.  But the entire Michigan community will be rooting for him.

The NFLPA Collegiate Bowl will be broadcast on ESPN2 at 9:00 p.m. EST this evening.  There are several notable players for Michigan fans: