A little something for the ladies… 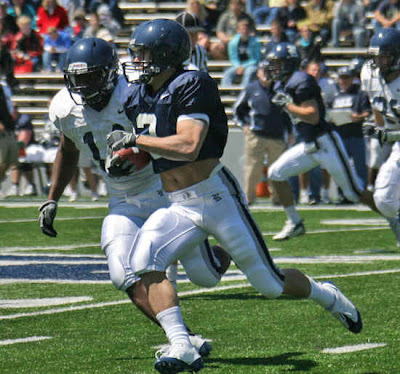 In the picture you see above, Sam McGuffie is preparing to leap over Steve Brown a Seattle Seahawk Rice Owl football player. Okay, not really.Instead, he’s in the process of gaining 30 yards in Rice’s spring game that was held this past Saturday. Since he just transferred there this semester and he’ll be ineligible to play in 2009, the coaching staff apparently wanted to torture themselves by showing off a player they can’t use for another year and a half.I guess it’s kind of like me looking at pictures of Sofia Vergara. I mean, she’s away on a photo shoot right now. But when she comes back, I have big plans for us.