Robinson – like everyone on the roster – got some playing time in the blowout of Rutgers last year. That was the first game action of his career.

This year chances of his getting much time are probably pretty slim, despite the fact that Michigan lost four starters on the offensive line. I do think Robinson has a decent amount of talent for a walk-on lineman, but Michigan’s recruiting has been good enough that they probably don’t need Robinson to be in the rotation. He could work in on the field goal protection unit or to prevent a true freshman from burning his redshirt.

Robinson did not play in any games last year. He was named Scout Team Player of the Week leading up to the Rutgers game, so that’s great for him. Now for the next step: playing time in games. In his three years on campus so far, he has only played in one game, back in 2017.

There were some positive rumblings about Robinson during spring ball, and he was running with the twos at one point. He has a chance to be on the second team offensive line if/when a blowout occurs, which might allow the coaching staff to preserve redshirts for some of the younger guys. I don’t think Robinson will be in line to step in for major minutes, but at the end of a Rutgers blowout, have at it! 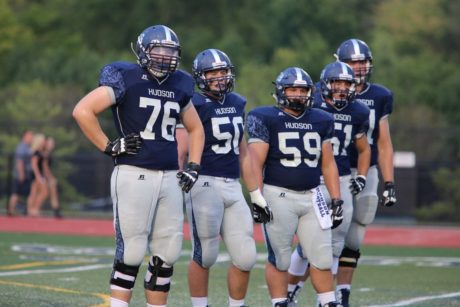 Guess which one of these guys plays for Michigan now. (image via Scouting Ohio)


I have no inside info that Robinson will be a contributor to the team, and at #99, that’s not the expectation, anyway. But by golly, a 6’6″, 290-pounder to throw out there on the scout team offensive line ought to be worth something.

P.S. He’s the big guy in the foreground.

LB Kaleb Ringer: Ringer made a career-high 10 tackles, plus 1 tackle for loss, in Georgia State’s 23-21 loss to Louisiana-Lafayette.

Hit the jump for new on former commits and coaches.

END_OF_DOCUMENT_TOKEN_TO_BE_REPLACED 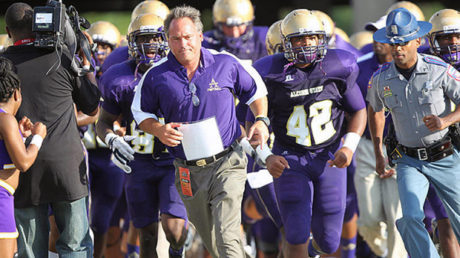