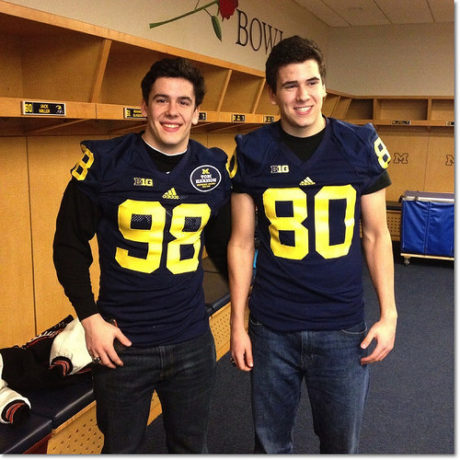 A request: If you would be so kind as to turn off your ad blocker when you visit Touch the Banner, it would be appreciated. That’s how this site continues to exist – or through flat-out Paypal donations, which are somewhat rare – and an increasing number of visitors appear to be using ad blockers. Thanks!

Dunaway has dropped down the list over the past couple years. I ranked him #90 in 2016, and I didn’t bother with him last year. Now he’s all the way down at #113. Michigan has done a thorough job of recruiting linebackers over the past few years, and Dunaway was never a guy who was likely to push for playing time, anyway. Position-wise, he has bounced around a little bit, and he should be bigger than 222 lbs. by now if he’s 6’3″ and wants to see the field. The coaching staff might try to find a way for him to see the field since he’s a veteran, but he won’t be much of a factor in any way except on the scout team.

I generally don’t rank freshman walk-ons, and that was the case in 2015 with Dunaway. He’s the son of former Michigan tight end Craig Dunaway, who wore #88 from the late 1970s into the early ’80s; he also has a younger brother, tight end Carter Dunaway, who is committed to the Wolverines in the 2017 class. Last year Jack played defensive end, and this spring we saw him taking reps at SAM linebacker behind Jabrill Peppers and Noah Furbush. He clearly needs to bulk up, and I don’t think his athleticism will allow him to be a regular contributor. When the season rolls around, there will probably be another incoming freshman or two who move ahead of him on the depth chart, too. I don’t expect to see him on the field much this season, if at all, but he could sneak in there in garbage time. 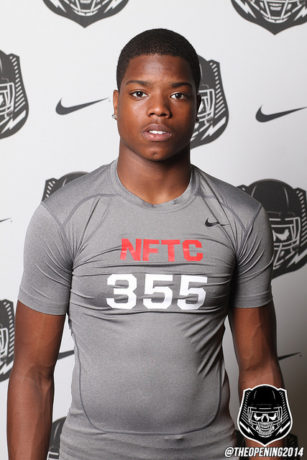 2015
Deshawn Baker-Williams – DT – Westland (MI) John Glenn: Baker-Williams is a 6’4″, 300 lb. prospect who committed to Central Michigan in June. That was and is his only offer so far.

Brian Cole – WR – Saginaw (MI) Heritage: Cole recently was awarded his Under Armour All-American jersey (LINK), although he was suspended for Heritage’s most recent game after receiving two unsportsmanlike conduct penalties last game. He is committed to Michigan.

Jack Dunaway – DE – Bloomfield Hills (MI) Brother Rice: Dunaway, a teammate of Alex Malzone’s, is a 6’3″, 212 lb. prospect who recently committed to be a walk-on at Michigan. His father was a tight end at Michigan in the mid-1980’s.

2016
Donnie Corley – WR – Detroit (MI) King: Corley is a 247 Composite 4-star who has recently picked up offers from Michigan State and Pitt. He transferred from Wyandotte to King in the off-season, and things have paid off nicely in the first few games.

Matt Falcon – RB – Southfield (MI) Southfield: Falcon is a 6’1″, 215 lb. prospect with offers from Akron, Northern Illinois, Ohio State, Toledo, and Wake Forest. He’s a 247 Composite 4-star, the #25 running back, and #274 overall. He missed last season with a torn ACL but was a teammate of Michigan freshman defensive end Lawrence Marshall.

Brendan Ferns – LB – St. Clairsville (OH) St. Clairsville: Ferns is a 6’3″, 223 lb. prospect with offers from Maryland, Michigan State, Ohio State, Oklahoma, and Penn State, among others. He’s the younger brother of Michigan freshman linebacker Michael Ferns, but the Wolverines have not shown a ton of interest in Brendan yet. The feeling is that if the Wolverines offered now, they would still have a serious uphill battle for Brendan’s services.

Kalebb Perry – WR – Mt. Pleasant (MI) Mt. Pleasant: Perry is a 6’2″, 180 lb. prospect with offers from Central Michigan and Western Michigan. He appears to be a notch below Corley, but he’s still a 247 Composite 3-star and the #87 wide receiver in his class.

Nik Urban – OG – Willoughby (OH) South: Urban is a 6’4″, 280 lb. prospect with offers from Duke and a few MAC schools. He camped at Michigan last summer. He might be a fine player, but his name is “Urban.” Ick.

2017
Johnathan Berghorst – DE – Zeeland (MI) East: Berghorst is a 6’2″, 215 lb. prospect with no offers at this point. He has visited Michigan several times and camped in Ann Arbor this past June.

Bruce Mann – QB – Bay City (MI) Western: Mann is a 6’2″, 180 lb. prospect with no offers at this time. His father recently moved to the outskirts of Chicago to take on a new job, so it may be just a matter of time before the younger Mann becomes an out-of-state prospect.