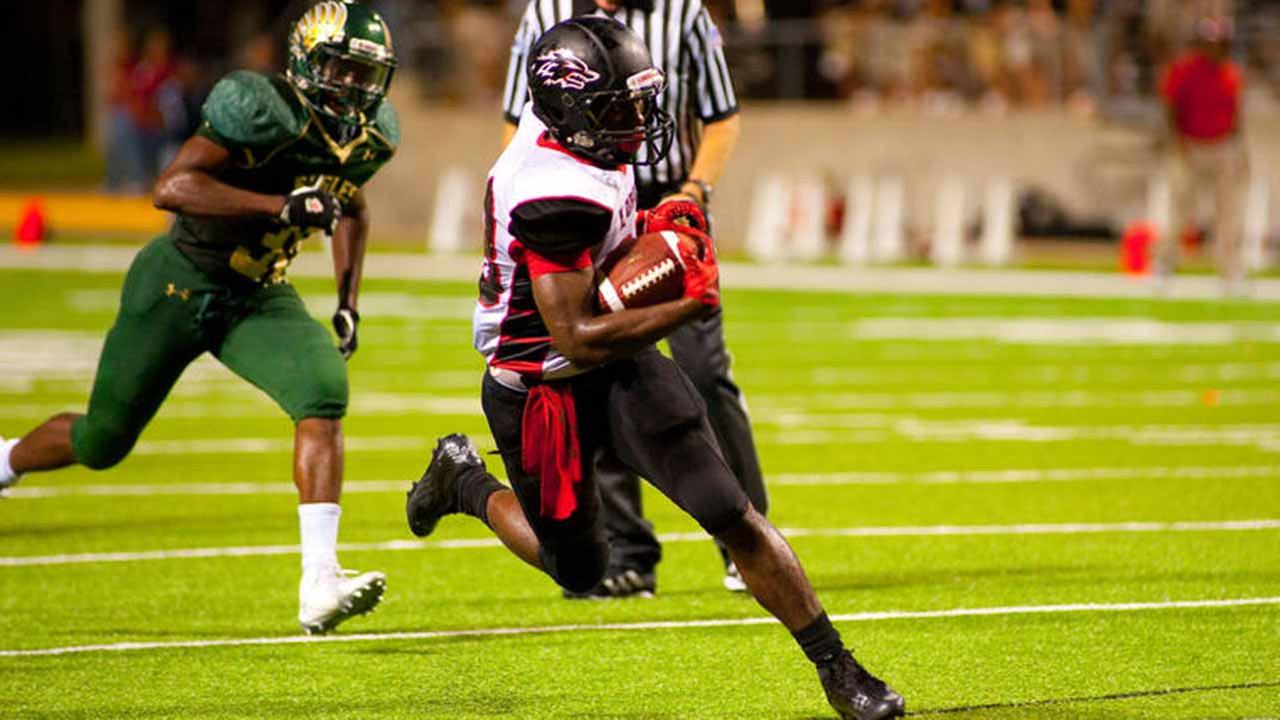 ADDED TO THE BOARD: 2016
Bend (OR) Summit tight end Cameron McCormick, an Oregon commit, was offered by Michigan. He’s a 6’5″, 230 lb. prospect who also holds offers from Arizona, Arizona State, Oregon State, UCLA, and Washington, among others. He’s a 247 Composite 3-star, the #28 tight end, and #625 overall. As a junior in 2014, he caught 35 passes for 491 yards and 8 touchdowns. McCormick is a versatile player who could be an in-line tight end or an H-back, but he’s also a playmaker on defense, where he shows nice speed, a nose for the football, and a willingness to punish quarterbacks and ball carriers. He could feasibly end up on either side of the ball. Michigan probably has no real shot at pulling him away from the Ducks.

Sebastian (FL) Sebastian defensive end Jarez Parks was offered by Michigan. He’s a 6’4″, 245 lb. prospect who also holds an offer from South Florida. He has a large frame that will probably see him grow into a strongside end or maybe even a defensive tackle by the time he’s finished growing.

Hit the jump for some guys who committed elsewhere, some top lists, and some random tidbits.

OFF THE BOARD
Orlando (FL) Dr. Phillips offensive tackle Calvin Ashley committed to Auburn. Ashley is a 6’7″, 307 lb. prospect and the #4 overall player in the 2017 class. He was one of Michigan’s first offers for 2017.

Arlington (TX) Bowie offensive guard Tope Imade committed to Texas. Michigan just offered Imade a little over a week before he committed to the Longhorns, and he was considered a Texas lean all along.

Reading (PA) Exeter Township offensive tackle Michael Menet committed to Penn State. Michigan pushed hard for Menet at a couple junctures, but he never seemed that interested. He recently released a top two that included Duke and Penn State, and despite Duke’s recent success, it wasn’t tough to figure out which way this one would go.

Niceville (FL) Niceville wide receiver Eli Stove committed to Auburn. He did not appear to be interested in his Michigan offer at any point. The Wolverines have also offered his 2016 teammate, safety Romeo Finley, although Finley has also not expressed a great deal of interest.

MISCELLANEOUS
Here’s a list of visitors from this past weekend (LINK). Do not be surprised if Michigan gets a commit in the near future.

Here’s a list of 2017 prospects visiting this coming Tuesday (LINK).

Oakland (CA) Bishop O’Dowd linebacker Camilo Eifler named a top six that includes Michigan; the other teams on the list are Cal, Oregon, Texas A&M, UCLA, and Washington. He’s the #224 overall player in the 247 Composite. He took an unofficial visit to Ann Arbor in early April.

Green Bay (WI) Bay Port offensive tackle Cole Van Lanen named a top four that includes Michigan; the other teams on the list are Iowa, Michigan State, and Wisconsin. He’s the #195 overall player in the 247 Composite. He took an unofficial visit to Ann Arbor in early May.