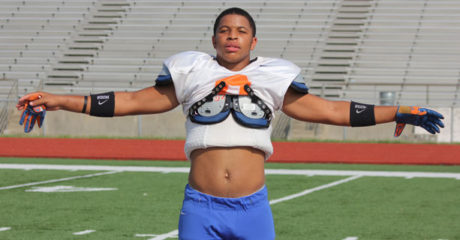 The Semper Fidelis All-American Bowl will take place on Sunday, January 5th, at 9:00 p.m. It will be broadcast on Fox Sports 1. Last year’s game included current Michigan freshmen Maurice Hurst, Jr. and Ross Douglas, but this year no Michigan commits are playing in the game. Here are the guys who were offered by Michigan: 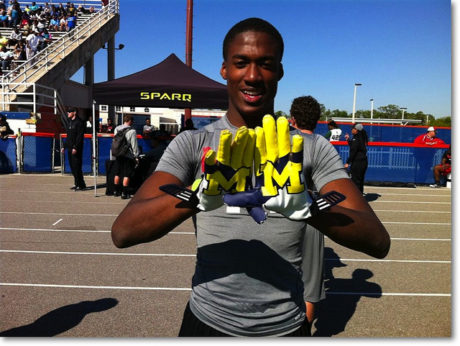 ADDED TO THE BOARD: 2014
Warren (MI) De La Salle linebacker Jared Wangler was offered by Michigan. He’s a 6’1″, 218 lb. prospect who’s committed to Penn State and has offers from Cincinnati, Indiana, Michigan State, and a bunch of MAC schools. He’s also the son of former Michigan quarterback John Wangler and the brother of incoming freshman walk-on wideout Jack. As a junior in 2012, he had 76 tackles, 15 tackles for loss, 2.5 sacks, and 1 interception, which was returned for a touchdown. 247’s Composite ranking places him as a3-star, the #69 overall player, and the #844 player overall. He will play in the Under Armour All-American Game. Michigan is recruiting him as a SAM linebacker, but he’s a little short for the position.

ADDED TO THE BOARD: 2015
Huber Heights (OH) Wayne safety Tyree Kinnel was offered by Michigan. He’s a 6’0″, 190 lb. prospect with offers from Arkansas and Kentucky, too. He has visited Michigan several times this offseason and was clearly angling for an offer from Michigan, even mentioning that he was a little bit upset that they hadn’t offered. He attends the alma mater of former Michigan players Terrence and Terry Talbott, two brothers who didn’t last long in Michigan uniforms, and current Ohio State quarterback Braxton Miller. This is a bit of an odd offer because Kinnel is smaller than most of the guys Michigan offers at safety, but he’s a solid tackler with decent ball skills. He’s a little bit reminiscent of current starting safety Thomas Gordon.

OFF THE BOARD
Scottsdale (AZ) Desert Mountain wide receiver Mark Andrews committed to Oklahoma. The 6’6″, 230-pounder really wanted to play wide receiver in college and was a little bit put off by Michigan’s intention to turn him into a tight end. The coaches did eventually tell him that he could play wide receiver, but he just wasn’t that interested.

New Castle (PA) New Castle safety Malik Hooker committed to Ohio State. Hooker was being recruited as a cornerback by Michigan and could also play wide receiver, but the Buckeyes are taking him as a safety.

Fort Worth (TX) All Saints Episcopal offensive guard Demetrius Knox committed to Ohio State. Knox had previously been committed to Texas, but the chance to get arrested play for Urban Meyer was too enticing.

Lee’s Summit (MO) Lee’s Summit outside linebacker Jimmie Swain IV committed to TCU. Michigan was recruiting Swain even after the commitment of Noah Furbush, and the offer to Jared Wangler may be the result of Swain committing elsewhere. 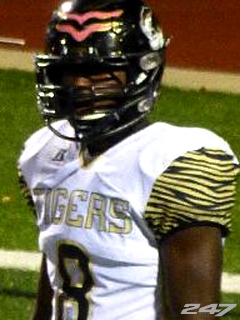 ADDED TO THE BOARD: 2014
Lee’s Summit (MO) Lee’s Summit linebacker Jimmie Swain IV was offered by Michigan. He’s a 6’3″, 210 lb. prospect who recently announced a top five of Kansas State, Michigan, Nebraska, Northwestern, and TCU. It was rumored that he got an offer a couple months ago, but then it turned out that the coaches were just “interested” but had not fully offered. According to 247’s Composite ranking, he’s a 3-star, the #33 outside linebacker, and the #419 player overall. I don’t say this often, but I think he could play any of the three linebacker positions – he can diagnose plays and run well enough to play WILL, he’s big enough to grow into a MIKE, and he’s long enough and a good enough blitzer to be a SAM.

ADDED TO THE BOARD: 2015
Washington (DC) H.D. Woodson cornerback DuWayne Johnson was offered by Michigan. He’s a 6’1″, 157 lb. prospect with offers from Clemson, Georgia, Miami, and North Carolina, among others.

MISCELLANEOUS
Here’s a list of visitors from this past week.

Here’s a pretty extensive list of players who are camping at Michigan this summer. It’s a four-day camp altogether, and this is the camp that produced offers to guys like Channing Stribling and Damien Harris last summer.

Here’s the working list of BBQ at the Big House visitors for next month.