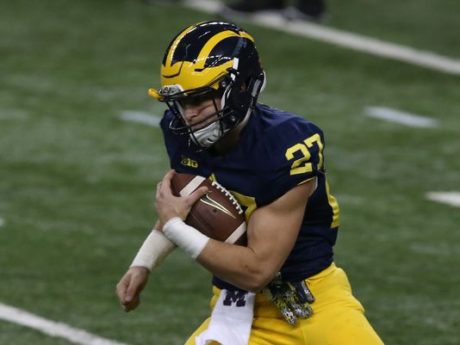 Hewlett got a lot of run in the spring of 2016, and that led me to believe that he would see some non-crunch time carries – and he did. He ran once against Hawaii and once against Illinois for a total of -1 yard. He was also Special Teams Scout Team Player of the Week and Offensive Scout Team Player of the Week, according to his MGoBlue bio. The son of former Michigan quarterback Rich Hewlett, Joe was a high school quarterback at Northville and sometimes plays scout team quarterback when preparing for teams with dual-threat quarterbacks.

That athleticism and versatility is his biggest value to the team. Michigan has bigger and faster running backs, so Hewlett won’t ever factor heavily into the rotation. But he can make the defense work hard to corral him, and he’s talented enough to do some things that not many guys can. The coaching staff seems to like him, and he should be rewarded once in a while late in games whose outcomes have been decided.

Devout Michigan fans were probably vaguely aware of Hewlett when he committed as a preferred walk-on a couple years ago. Or maybe they scanned the roster and saw a quarterback or safety named Joe Hewlett, as he bounced around a little bit. But usually walk-on skill guys don’t make huge contributions to a team like Michigan, so it’s understandable if he didn’t register on your radar. That changed for many when Michigan held an open spring practice at Ford Field a couple months ago. Hewlett was used heavily in scrimmage situations and acquitted himself well, drawing a few oohs and ahs with some nifty runs. Aside from Ty Isaac, he was the most impressive running back on the day (note: De’Veon Smith didn’t play much, and others didn’t participate at all). Hewlett doesn’t have great speed or size, so he had to run hard and break tackles, but he showed some short-area quickness, too.

Other backs on the roster have more potential, so I don’t think Hewlett will play much in crunch-time situations. He’s a guy who could play on special teams or mop up late in a blowout victory. But he’s worth mentioning here as an underdog player to watch for sometime in the upcoming season.

At the bottom of this post, you can see his highlights from when he was a QB at Northville. 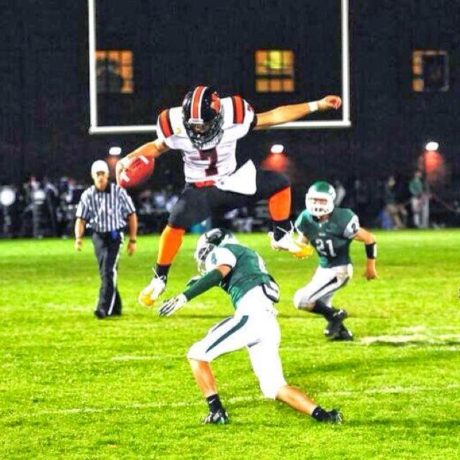 Hewlett is obviously lacking in size, but he has a pretty accurate arm and some decent running ability. I don’t think he’ll challenge to start at any point, but he could be a decent asset on the scout team. Northville ran a spread offense that approximates what a lot of college teams are running these days. He was a safety on defense, too, and we all know of Michigan’s love affair with a certain recent walk-on safety. He may also help with 2015 offensive line prospect David Moorman, a teammate with some FBS offers, though Michigan’s interest level is questionable at this point.

His highlights can be found on Hudl.