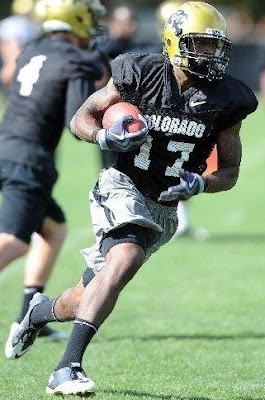 An article from Joe Schad confirms the report from the Detroit Free Press, which stated that Michigan requires time commitments beyond the allowable maximum. Let’s parse Clemons’ statements line by line.
The allegations are true. Nothing is fabricated or exaggerated in that story.
Okay.
I was there on Sundays from 10 a.m. to 10 p.m. or 11 a.m. to 10 p.m. depending on if guys needed treatment. You were there daylight to nighttime.
This isn’t the point. If guys needed treatment, that doesn’t break the rules. A visit to the trainer does not count against the 20 allowed hours. Also, I’m from southeast Michigan – daylight in Ann Arbor does not begin at 10:00 or 11:00 a.m. And regardless of how long the player is at the facility, the question isn’t about the time at the building; the question is about how the time inside the facilities is spent. In the football off-season, I spend about nine hours at school. I come in thirty minutes early to get work done. I take a half-hour lunch. I spend about an hour playing basketball after school. That doesn’t mean I’m teaching for nine straight hours.
On Sunday, it was lifting, film, dinner and practice. I usually got out around 10:20.
Okay, specifics. Let’s deal with specifics. Weight training doesn’t count against the limit if it’s done voluntarily. One down, three to go. Film doesn’t count against the limit, as long as the student-athlete watches it voluntarily. Two down, two to go. Team training tables don’t count against the limit. Three down, one to go.
Pesky practice. Practice is probably required. If the practice part goes over four hours, that’s a problem. Especially if you’re Allen Iverson.
I truly don’t want to be associated with the program back there.
I don’t blame you, Toney. You were the 91st best player in the class of 2007 and the 12th best receiver in the nation. Mario Manningham and Adrian Arrington both entered the NFL draft early, opening the door for you to start . . . and you promptly got displaced by Martavious Odoms, the #71 wide receiver and a true freshman from the class of 2008. You could barely get on the field. On top of that, you couldn’t beat out Laterryal Savoy for the outside receiver position, a guy who was so bad in practice that he auditioned to play defensive back in the spring of 2007. I would want to forget about that time in my life, too. Those are good reasons to transfer. You know, to disassociate yourself. When I get dumped by a girl, I usually try to forget about it by talking about it for months . . .
. . . wait a minute. You don’t want to be associated with Michigan? Then why bring this up? Oh, yeah. This:
But I am going to help benefit my teammates back there by speaking and giving testimony.
Clemons’s old teammates want Michigan to lose scholarships, see. He’s trying to help them. If there are fewer scholarships and thus fewer quality players, that means his old teammates will get additional playing time. And if they have less practice time, that will make them better football players. More playing time + less practice time = NFL stardom. And if they have less practice time, maybe the kids can improve their collective GPA, which was the football team’s highest in twenty years.