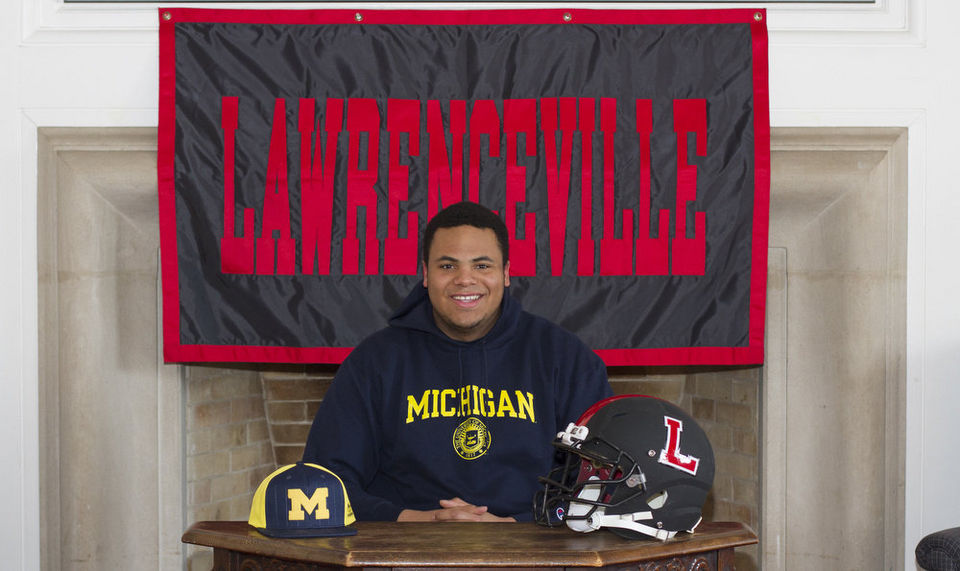 And away we go!

Best Overall Recruit: OT Grant Newsome
I’m tempted to go with Brian Cole, who is Michigan’s top-rated recruit in the class. But I believe that this coaching staff will do a great job of developing offensive linemen, and I think Newsome is the cream of the crop. He has the size and the athleticism to be a very good left tackle, so without a true superstar recruit, I’ll put my metaphorical chips on Newsome.

Best Defensive Recruit: DE Shelton Johnson
This is a bit of a gamble here, because I have bad memories of Rich Rodriguez-era Floridians. I’m attempting to put most of the Rodriguez years behind me, so I’m going with Johnson. He has a good body to work with, he can play low, he’s athletic, and he’s violent. But if he takes things seriously, I think he can be Michigan’s best defensive end since Brandon Graham.

Recruit Most Likely to Make an Early Impact: K Andrew David
Michigan enters the year having lost both their punter and placekicker from 2014. The punting job should go to walk-on Kenny Allen, but the placekicking job is there for the taking. Allen can do both, but he has reportedly been shaky. Meanwhile, David is the 247 Composite #9 kicker in the country and has a pretty clear path to the job. Add to that a dedicated special teams coach in John Baxter, and hopefully David’s impact will be a good one.

Fastest Recruit: CB Keith Washington
Michigan’s class is light on skill guys, with only Washington, WR Brian Cole, WR Grant Perry, RB Karan Higdon, and S Tyree Kinnel. While I doubt Washington’s claim that he can run a 4.3 forty, he does have impressive acceleration and earns this prestigious award by a hair over Cole.

Best Under-the-Radar Recruit: WR Grant Perry
My original criterion was going to be any guy who’s a 247 Composite 3-star or lower, but I just can’t bring myself to count Shelton Johnson – who fits that description – as an under-the-radar guy since he was wanted by some big-time schools. So my next choice is Perry. Perry is a guy who I don’t think will be a superstar, but I think he will reach the level of being a consistent possession target.

Most Overrated Recruit: QB Zach Gentry
Michigan doesn’t have many to choose from this year, so I’ll put Gentry here since I think of him as a boom-or-bust type of guy. Gentry has all kinds of physical tools, but his mechanics are raw. Having played very weak competition in New Mexico and being so far from home, Gentry has the type of profile where he might transfer away from Michigan if he doesn’t win the starting job within a couple years. The Wolverines are bringing in a lot of competition – especially if Houston transfer John O’Korn is official – and the quarterback position has a high turnover rate because those kids want to play. I do think Gentry has higher upside than classmate Alex Malzone and anyone else on the roster save perhaps Shane Morris, but Malzone is a hometown kid who might stick it out a little bit longer.

Most Likely to Redshirt: OG Jon Runyan, Jr.
Runyan did get bigger from his junior year to his senior season and looks more the part of a college lineman now, but he still looks the least ready of Michigan’s three offensive linemen in the class. The rest of the signees play positions where freshmen contribute regularly, except for quarterback – but Michigan has a wide-open quarterback position. My non-lineman pick would be RB Karan Higdon, who joins a team that includes three guys who have started games at Michigan (Derrick Green, Drake Johnson, and De’Veon Smith) and perhaps the best of the bunch coming off a transfer redshirt year (Ty Isaac).

Personal Favorite Recruit: WR Grant Perry
I’m picking the underdog here. Perry grew up a Michigan fan and you could tell throughout the process that he was dying for a Michigan offer. There were reasons for Michigan not offering, but Brady Hoke’s coaching staff told him to be patient and that an offer might come. Late in the process, Jim Harbaugh’s staff extended an offer. Perry, already committed to Northwestern by that point, flipped to the Wolverines almost immediately but not until he took the time to let the Wildcats’ coaches know. This is a feel-good story about hard work, perseverance, and love for the program. 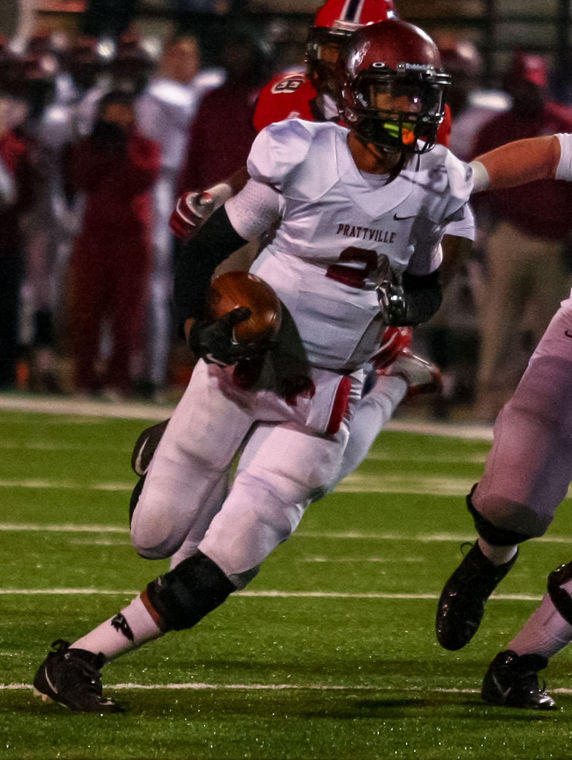 Prattville (AL) Prattville cornerback Keith Washington flipped to Michigan from Cal on Wednesday morning. He also had offers from Indiana, Louisville, Miami, Missouri, North Carolina, and Texas Tech, among others. At one time Washington had been committed to Duke.

Washington did not appear to be on Michigan’s radar until late January, even after he committed to Cal on January 25. With things looking bleak for other cornerback prospects, Michigan’s staff sold him on the program, despite the fact that Washington has never set foot in Ann Arbor.

The first thing to note is that Washington has been committed to Duke, Cal, and Michigan. Those are some of the better academic institutions in all of the whole FBS, so he must have a pretty decent head on his shoulders. He also looks like a pretty decent quarterback who could probably play the position at some FBS schools, so his understanding of the game should be better than the average guy corner entering college. He also has good speed, although the 4.3 thing is a little too low for belief. He is tall and lanky, which should help him when trying to defend jump balls and such.

I question whether Washington has the hips to be a big-time corner. He’s a little bit stiff in the upper and lower body, and he does not transition out of a backpedal very well. As one might expect of someone who’s primarily a cornerback, he also lacks tackling technique and doesn’t pack much of a punch. Some of these things are technique issues – and strength and conditioning issues – that can be helped with some time in college.

Overall, I look at Washington and I see Jeremy Clark, who’s a 6’4″ safety for Michigan. Clark also got a shot to play corner when he first arrived on campus, although he was a little more physical than Washington is. It’s a little bit difficult to project how a quarterback will transition to defense, but he has some physical skills, appears to have a good mental makeup, and should have some time to let his body and skills mature before Michigan needs him on the field. Washington is a guy who seems like he might not play significant time until he’s maybe a redshirt junior or so, but Michigan will need cornerbacks sooner than that. Blake Countess will graduate after 2015, and Jourdan Lewis will be a junior this year.

Clark is the only cornerback in Michigan’s 2015 class and joins safety Tyree Kinnel as the two defensive backs. He is also the first player to come out of Alabama since Max Martin in 2004. Perhaps coincidentally, Michigan has already extended an offer to Washington’s backfield mate Kingston Davis, a 2016 running back who’s a powerhouse at 6’1″, 230 lbs. The presence of Washington might help the Wolverines in their pursuit of Davis.